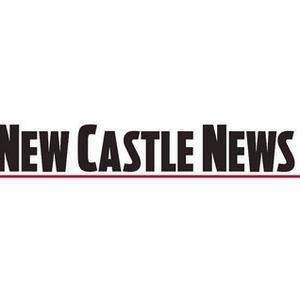 How credible is the news from New Castle News?
High
by Ad Fontes Media and Media Bias/Fact Check
Learn more about Factuality Ratings.

'Nutcracker' always exciting — even on crutches

100% Left coverage: 1 sources
Elissa Houk Cowher has been at this ballet thing for a long time.See the Story
Pennsylvania · Pennsylvania

Project Linus collecting blankets for those in need

100% Left coverage: 1 sources
In the "Peanuts" franchise,Linus is rarely seen without his comfort and security blanket.See the Story
Pennsylvania · Pennsylvania

44% Center coverage: 36 sources
Pittsburgh Public Safety officials said the gunfire occurred near a busy North Side intersection at about 10 p.m. Saturday. No arrests were immediately announced and there was no immediate word on the number of shooters. The shooting happened at the southern edge of the Allegheny Commons, which includes a grocery store and gas station.See the Story
Riots · Ellwood City

100% Left coverage: 2 sources
Brian Douglas Sizer, 48, is facing federal charges of knowingly entering or remaining in a restricted building or grounds without lawful authority. His initial appearance before a judge was scheduled for 11 a.m. Thursday in U.S. District Court. Sizer's wife Julia Jeanette Sizer was arrested on similar charges on Sept. 2, 2021, and she pleaded guilty on Nov. 4 last year to parading, demonstrating or picketing in a Capitol building.See the Story
Barack Obama · Pittsburgh

100% Left coverage: 1 sources
Joseph DeTello of Meadville, formerly of Hellertown, was found dead outside of an SUV in Slippery Rock Township Thursday afternoon. A passerby called 911 and administered CPR until paramedics arrived. An autopsy is to be conducted later today at Heritage Valley Health System in Beaver County.See the Story
Walgreens · New Castle

Coverage: 2 sources
New Castle police are investigating after a body was found near a Walgreens store on Wilmington road. There is no word on what happened to the person who was found dead Monday morning. Pittsburgh's Action News 4has reached out to police for an update. Body found in New Castle.See the Story
Westminster · Pittsburgh

100% Left coverage: 1 sources
Westminster College will be teaming up with a Pittsburgh non-profit to help train education students for virtual tutoring and instruction for K-12 students. The college will be a partner for ASSET's PALS (Partnerships to Advance Learning in STEM) program, which benefited from $275,000 in state funding, and a $48,000 grant from the Appalachian Regional Commission.See the Story
Fort Indiantown Gap · Fort Indiantown Gap

100% Left coverage: 1 sources
The program has been expanded thanks to $55,000 in federal Community Project Funding the district received. The funding was used to purchase robotics kits, tables, storage containers and later, a 3D printer. U.S. Rep. Mike Relly (R-16) visited the new robotics room for the district.See the Story

The Bradford Era
Suggest a source
Looking for a source we don't already have? Suggest one here.