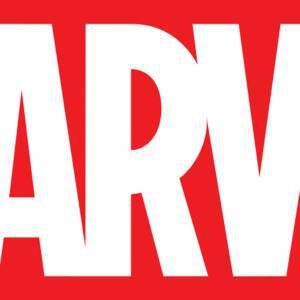 53% Center coverage: 56 sources
The first trailer for Guardians of the Galaxy Volume 3 has finally been released publicly. The first teaser for the Marvel Phase 5 movie packs plenty into its 90-second runtime. The film will pick up events after the group's Holiday Special, which was released on Disney Plus as part of MCU Phase 4.See the Story
Movies & TV

60% Left coverage: 5 sources
Robert Downey Jr. has responded to Quentin Tarantino's comments about the Marvel Cinematic Universe. The actor said that big blockbusters help make space for smaller projects. He also said that the argument around the MCU is pointless and that he'd rather just "get over it"See the Story
Disney+

100% Left coverage: 3 sources
"Daredevil: Born Again" at Disney+ is building out its cast, Variety has confirmed with sources.See the Story

Marvel is setting up a major Daredevil and Punisher showdown that's about to go down in Marvel Comics! Both the Daredevil and Punisher comic series have been doing some major re-inventions of the characters (respectively): Frank Castle The Punisher has become 'The Fist of the Beast' aka Tha Hand's [...]See the Story
Michael B. Jordan · Iowa

Michael be lying: Michael B. Jordan on what it took to keep his ‘Wakanda Forever’ cameo secret

Michael B. Jordan's appearance in the hit Black Panther: Wakanda Forever still managed to be a jaw-dropper. Jordan explained to Extra what it took to keep the surprise quiet. The film has reigned at the top of the box office for the past four weeks. It has made more than $733 million worldwide.See the Story
Movies & TV

100% Center coverage: 1 sources
Marvel's Spider-Man 2 has the potential to recreate one of Venom's best boss battles in gaming, which saw Eddie Brock go up against Wolverine. Insomniac's successful take on the Spider-Man mythos is set to introduce Venom, with the symbiote having been teased in end credits for Marvel's Spider-Man and Marvel's Spider-Man: Miles Morales. Since then fans have been speculating as to whether the fan-favorite villain-turned-antihero could be playable…See the Story
Disney+ · Baltimore

Akio Evans is the founder and artist behind AkiO's Art, an apparel brand with various designs focused on Baltimore, Black history, and superheroes. Evans announced his new work for the new Disney+ Marvel series on his Instagram on Nov. 21. He created shoes for the show's crew members, with the footwear depicting comic book-style art of the titular character.See the Story
Marvel

100% Left coverage: 1 sources
Here are the 57 best Marvel gifts for marvel fans who want to feel like a superhero, or yourself if you're on the lookout for the newest merch.See the Story
Cancer

100% Center coverage: 1 sources
The award for best movie of the year went to Sam Raimi's polarizing Doctor Strange in the Multiverse of Madness, beating out Jordan Peele's Nope, Baz Luhrmann's Elvis, and Colin Trevorrow's Jurassic World Dominion. The real knife in the gut for DC fans is that it beat out fellow superhero movie The Batman, a film which scored noticeably better among critics.See the Story
Captain Marvel

100% Right coverage: 1 sources
While Brie Larson's new costume as Captain Marvel was revealed in the finale of Ms Marvel, fresh merchandise has revealed a closer look at how the Marvel superhero will look like.See the Story

Giant Freakin Robot
Unknown
Suggest a source
Looking for a source we don't already have? Suggest one here.

How is the media covering Marvel?