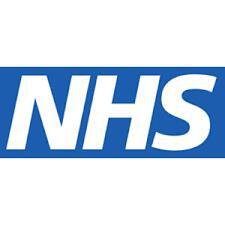 50% Left coverage: 14 sources
Parents across the UK are being urged to look out for symptoms of strep A infection in their children, after health officials revealed a rise in cases had led to the deaths of six youngsters.See the Story
Europe · London

More than 10,000 ambulance workers vote to strike in England and Wales

42% Left coverage: 12 sources
More than 10,000 ambulance workers across England and Wales voted in favour of strike action in a dispute over pay and conditions, the GMB union said on Wednesday. See the Story
Europe · London

What is Strep A and what are the symptoms of the bacterial infection?

40% Left coverage: 10 sources
A primary school pupil in Wales has died from Strep A. Public Health Wales are working with the school to raise awareness of the infection. It comes after an unrelated outbreak at a school in Surrey last week, which also lead to the death of a six-year-old. Sky News takes a look at what the symptoms are and how it can spread.See the Story

Most children who think they’re transgender are just going through a ‘phase’, says NHS

Left0%
Center9%
Right91%
Blindspot
Get the weekly Blindspot report sent to your inbox and stay up to date with your bias blindspot.

100% Right coverage: 1 sources
Jean Jarvis’s family to be repaid £131,000 after health chiefs incorrectly decided she was no longer eligible for supportSee the Story
Europe · London

Coverage: 2 sources
Nurses in England, Wales and Northern Ireland are set to take industrial action on December 15 and 20, with potential strike action from ambulance workers also under discussion. Prime Minister said pay awards must be “fair’ for both taxpayers and workers. He put the onus on unions and employers to “find a way through” ongoing disputes.See the Story
NHS · Stoke-on-Trent

Shadow Health Secretary Wes Streeting has visited Harplands Hospital. He said the NHS, as a whole, was in 'crisis' and blamed 'reckless' government. Ambulance handover delays have been a major issue in North Staffordshire. Mr Streeting said a Labour government would tackle these issues by investing heavily in boosting the NHS workforce.See the Story
Europe · Northern Ireland

50% Right coverage: 4 sources
The Royal College of Nursing (RCN) has announced the five areas of care exempt from their strike action. These include chemotherapy, critical care, kidney dialysis, paediatric intensive care and neonatal services. All other NHS services are at risk of disruption during the unprecedented national walkouts on December 15 and 20.See the Story
NHS · Nottingham

In the last seven days, there have been five recorded deaths of an invasive Strep A diagnosis in children under 10 in England and one in Wales. The bacteria usually causes a mild infection producing sore throats or scarlet fever. In very rare circumstances, this bacteria can get into the bloodstream and cause serious illness called invasive Group A strep (iGAS)See the Story
NHS

Brenda Eadie was employed by NHS Greater Glasgow & Clyde for 28 years. She took up a post in a prison eight weeks before catching Covid in 2020. The 45-year-old was in hospital on oxygen for two days but was sent home with a nebuliser. She managed to return to work that August but collapsed two months later. She put in a request for a transfer back to a hospital setting but couldn't cope.See the Story
Europe · Chester

50% Left coverage: 8 sources
Lucy Letby helped to create a banner to celebrate a premature baby's 100th day. But she then tried to kill the girl, Manchester Crown Court heard. Ms Letby, originally from Hereford, denies murdering seven babies and the attempted murders of 10 others between June 2015 and June 2016.See the Story
NHS · Grantham

As the NHS faces its toughest winter, a Lincolnshire health boss gives vital advice.See the Story

How is the media covering NHS?