How is the media covering Mark Kelly?

How is the media covering Mark Kelly?

47% Center coverage: 74 sources
Margins between Democrats and Republicans narrowed considerably Wednesday in key Arizona races as election officials chipped away at counting more than half a million mail ballots returned on Election Day and shortly before.See the Story
US & Canada · Phoenix

42% Left coverage: 24 sources
Republican Blake Masters sought to pierce Mark Kelly's image as an independent moderate willing to work across the aisle. Kelly countered that he's stood up to his party when necessary, particularly on border security. Masters called for privatizing Social Security, took a hardline stance against abortion and promoted a racist theory.See the Story
US & Canada · Arizona

42% Center coverage: 17 sources
After suffering setbacks in court, Arizona officials who have sought to conduct a hand count audit of a rural county’s election results are considering a scaled down version of their plan that could still inject chaos and delay into the process of certifying the state’s results. See the Story

80% Center coverage: 15 sources
California communities exposed to hazardous dust by a drying lake bed have found themselves at the center of tensions between Arizona and California over how to conserve water along the overtaxed Colorado River. See the Story
US & Canada · Phoenix

46% Right coverage: 11 sources
Republican Blake Masters called Democratic Sen. Mark Kelly Tuesday to concede in the Arizona Senate race, joining other vanquished Republicans around the country who cast doubt on the 2020 election but still acknowledged their own defeat.See the Story
Mark Kelly · Arizona

Coverage: 6 sources
Arizona Sen. Mark Kelly has been fighting to hold on to the seat he won for Democrats two years ago. Kelly's 2020 special election victory gave Democrats both of Arizona's Senate seats for the first time in 70 years. Kelly has distanced himself from Biden, particularly on border security, and plays down his Democratic affiliation.See the Story
US & Canada · Arizona

50% Left coverage: 6 sources
Sen. Mark Kelly (D-Ariz.) currently has a three-point lead over Republican challenger Blake Masters in his state's Senate race, according to a new CBS News/YouGov poll. The contest between Kelly and Masters is considered critical for determining which party controls the Senate.See the Story
Democratic Party · Washington

67% Right coverage: 6 sources
Sen. Mark Kelly (D-Ariz.) said he quickly understood the dynamic between the two political parties when he entered Capitol Hill. Securing the border has long been a major issue for Republicans, which the party has consistently accused Democrats of not doing enough to solve. Kelly said he is an advocate for securing the border while also fulfilling immigration reform backed by Democrats.See the Story
US & Canada · Phoenix

100% Left coverage: 1 sources
The critical swing state went for former president Donald Trump in 2016 and then President Joe Biden in 2020.See the Story 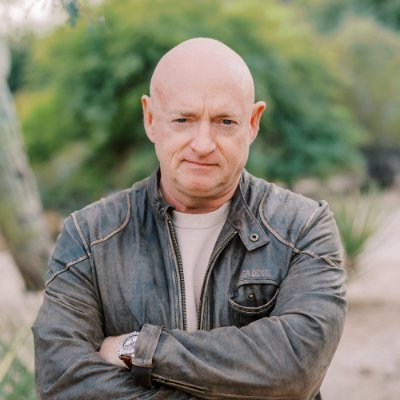