How is the media covering Mark Brnovich?

D
Mark Kelly
Mark Brnovich is an American attorney and politician who has served as the 26th Attorney General of Arizona since 2015. He is married to Susan Brnovich, a United States District Judge of the United States District Court for the District of Arizona.
2022 Senate Election
Arizona Senate Election
Location of Coverage About Mark BrnovichBased on 83 recent stories
13% Local Coverage80% National Coverage8% International Coverage

How is the media covering Mark Brnovich? Coverage: 57 sources
Washington, D.C., Mayor Muriel Bowser (D) asked the National Guard to activate and help manage an influx of migrants to the capital. Texas Gov. Greg Abbott  (R) and Arizona Gov. Doug Ducey have sent nearly 200 buses carrying more than 4,000 migrants from the southern border to the city. Bowser: The governors are bussing migrants to Washington DC to take a stand against the federal government, not because Washington DC is their destination.See the Story

48% Center coverage: 23 sources
Arizona Attorney General Mark Brnovich said Monday his investigators found just one dead voter after thoroughly reviewing findings from a partisan review of the 2020 election that alleged 282 ballots were cast in the name of someone who had died.See the Story 57% Center coverage: 14 sources
Arizona's attorney general asks a court to lift an injunction blocking the enforcement of a law that bans all abortions except when the life of the mother is at risk. Attorney General Mark Brnovich said with Roe overturned it should now be enforceable. A federal judge on Monday blocked that law after abortion rights groups successfully argued it was unconstitutionally vague.See the Story 80% Right coverage: 5 sources
Arizona Attorney General Mark Brnovich has spent months groundlessly telling Republicans that they can be on Trump's Team. Trump's political action committee threatened legal action if Brnovic did not stop using Trump's image and name in misleading ways. The data-driven consultants behind the unaffiliated appeals have honed their craft to the limits of absurdity.See the Story

Coverage: 4 sources
Arizona Attorney General Mark Brnovich concluded his criminal investigation on Monday. He outlined how his office investigated "numerous complaints regarding allegations of dead voters" The Cyber Ninjas, the firm behind the Arizona vote audit, claimed 282 "potentially deceased" people voted in the 2020 election. But only one person listed by the firm was dead by the time the election came around.See the Story

100% Right coverage: 1 sources
RINO AG Mark Brnovich colluded with the federal government and targeted Arizona patriots who knew their election was stolen. The Arizona vote was among the most contentious in America, with a mere 0.3 percent, just over 10,000 votes, separating Biden and President Trump in the official tally. The full forensic audit of Maricopa County’s 2020 election discovered evidence of hundreds of thousands of fraudulent votes.See the Story

Brnovich: Territorial-era ban on abortions in Arizona is the law of the land, not 15-week ban

100% Left coverage: 3 sources
Arizona Attorney General Mark Brnovich said Wednesday that a 158-year old law declaring that anyone who facilitates a procedure that causes a miscarriage or abortion can face a prison sentence between two to five years is now in effect. The law has no exception for abortion in cases of rape or incest but interim Maricopa County Attorney Rachel Mitchell has said she is unlikely to prosecute cases of survivors of rape and incest.See the Story

Coverage: 2 sources
Arizona's Republican Attorney General, Mark Brnovich tweeted his plan to reinstate a 1901 territorial-area law that bans virtually all abortions. The announcement still left many confused as to what the current abortion laws are in Arizona. Planned Parenthood Arizona says the AG's tweet has only caused more confusion for women in the state.See the Story

100% Center coverage: 3 sources
Arizona Attorney General Mark Brnovich has filed a lawsuit against the Scottsdale Unified School District. He says the governing board violated the state's open meeting law last August. The lawsuit seeks to have board member Jann-Michael Greenburg removed, impose civil penalties on the board and ensure no future violations occur.See the Story 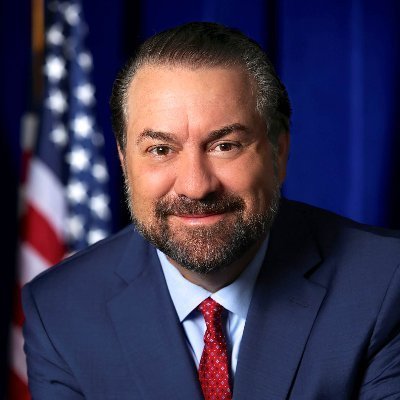