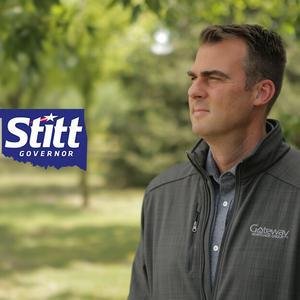 How is the media covering Kevin Stitt? 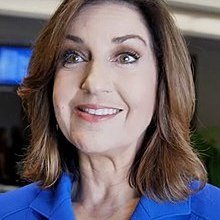 D
Joy Hofmeister
John Kevin Stitt is an American businessman and politician serving as the 28th governor of Oklahoma. He began his term as governor in January 2019. As a member of the Cherokee Nation, Stitt is the first tribally enrolled Native American to serve as governor of a U.S. state, and Oklahoma's second governor of Native descent after Johnston Murray.
2022 Governor/Gubernatorial Election
Oklahoma Governor/Gubernatorial Election
Location of Coverage About Kevin StittBased on 92 recent stories
24% Local Coverage68% National Coverage8% International Coverage

How is the media covering Kevin Stitt?

46% Right coverage: 13 sources
Oklahoma Gov. Kevin Stitt held off a tougher-than-expected challenge to his reelection on Tuesday. Democrat Joy Hofmeister defeated Stitt despite millions of dollars in attack ads against him. Stitt, 49, was aided in part by a late infusion of advertisements from the Republican Governor's Association.See the Story
US & Canada · Oklahoma County

53% Right coverage: 19 sources
Oklahoma Gov. Kevin Stitt signed a bill Tuesday targeting medical treatments for transgender youth and called on the GOP-controlled Legislature to impose a statewide ban when it returns in February.See the Story
US & Canada · Oklahoma City

34% Center coverage: 6 sources
Richard Glossip has been on death row for 25 years, convicted in a murder-for-hire case. A bipartisan group of 62 Oklahoma legislators came together earlier this year to request a new evidentiary hearing. An independent investigation from a Texas law firm found that evidence that may have been favorable to Glossip during his trial was lost or destroyed.See the Story
US & Canada · Oklahoma

50% Right coverage: 4 sources
Sheriffs found the underage son of Gov. Kevin Stitt intoxicated and in possession of multiple firearms outside a Guthrie business last month, but he was not arrested or cited, according to a Logan County Sheriff's incident report. See the Story
Kevin Stitt

34% Center coverage: 3 sources
Oklahoma Governor Kevin Stitt declared a statewide special election, scheduled for Tuesday, March 7, 2023. The election is centered around State Question Number 820, Initiative Petition 434, which would create a state law allowing recreational marijuana use. The export of marijuana from Oklahoma will not be affected, and will still be prohibited.See the Story
Kevin Stitt · Oklahoma

Coverage: 4 sources
Just weeks before the election, KFOR has unearthed Gov. Kevin Stitt’s (R) “secret plan” to build a brand new governor’s mansion on the grounds of the capitol complex.See the Story
US & Canada · Oklahoma City

67% Center coverage: 3 sources
Gov. Kevin Stitt has declared a state of emergency for Bryan, McCurtain, Choctaw and LeFlore counties. More than 100 homes and businesses were damaged there has been one confirmed fatality, as well as over 3,000 power outages. Stitt toured Idabel to survey the damage alongside other state and local officials.See the Story
Opinion

100% Left coverage: 2 sources
The son of Oklahoma’s governor was caught on police bodycam telling officers who his father was while allegedly intoxicated. Police had been deployed a Halloween incident at Guthrie Haunts, an indoor scare space, after finding a box containing two rifles, two pistols, several magazines, and ammunition. Footage shows Kevin Stitt’s son John Stitt, who goes by Drew, admitting to police: “To be honest my dad’s the governor.” Drew approached law enfo…See the Story
Kevin Stitt

'My dad's the governor': Oklahoma governor's son caught with guns by police

Coverage: 2 sources
Oklahoma Governor Kevin Stitt's son confronted by police while intoxicated and in possession of guns. The video has been viewed more than 100,000 times on Twitter since being posted on Monday by OKCFox reporter Wayne Stafford. The incident occurred on Halloween night and on the early morning of November 1, according to the date on the body cam video.See the Story 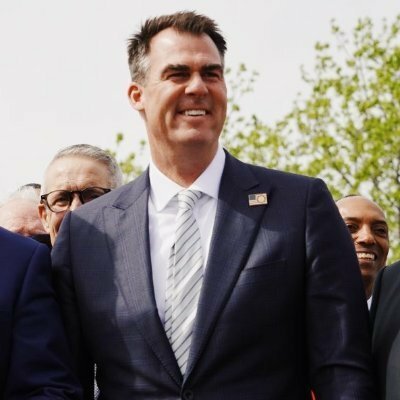