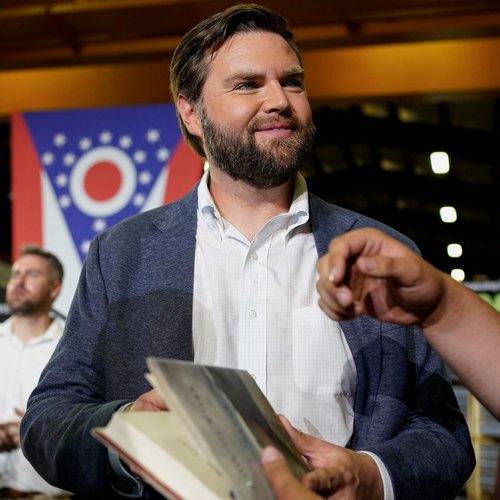 How is the media covering JD Vance? 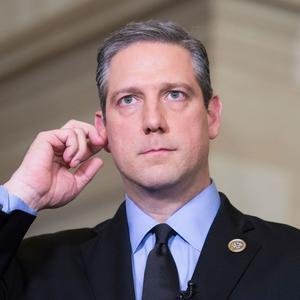 D
Tim Ryan
James David Vance is an American conservative commentator, politician, venture capitalist, and author. He is best known for his memoir Hillbilly Elegy, which attracted significant press attention during the 2016 election. On May 3, 2022, he won the Republican primary in Ohio and will face off against Democratic nominee Tim Ryan in the November general election.
2022 Senate Election
Ohio Senate Election
Location of Coverage About JD VanceBased on 63 recent stories
8% Local Coverage86% National Coverage6% International Coverage

How is the media covering JD Vance?

44% Right coverage: 16 sources
Former President Donald Trump held a rally in Ohio, stumping for Republican Senate candidate J.D. Vance. The U.S. Senate race in the state is surprisingly tight. Trump teased at a presidential run in 2024, lambasted Joe Biden and Democrats for high inflation, immigration at the southern border, crime and took aim at Speaker of the House Nancy Pelosi.See the Story
US & Canada · Columbus

Coverage: 10 sources
JD Vance founded Our Ohio Renewal a day after the 2016 presidential election. He promoted the charity as a vehicle for helping solve the scourge of opioid addiction. But Vance shuttered the nonprofit last year and its foundation in May. His decision to bring on Dr. Sally Satel is drawing particular scrutiny.See the Story

Coverage: 7 sources
Both Ohio candidates for U.S. Senate will participate in debates in Cleveland and Youngstown but have not agreed to a matchup in Hamilton, according to the campaigns of U.S. Rep. Tim Ryan, D-Howland Twp., and Republican businessman J.D. Vance of Cincinnati.See the Story
Transgender · Washington

75% Left coverage: 4 sources
Daily Beast: “That’s the key takeaway from Federal Election Commission filings this week, which show that between mid-April and the end of June, the Vance team raised a million dollars, spent more than that, and is a quarter of a million dollars in the hole with just four months until election day.”“It’s not the full picture for Vance, whose fundraising operation includes a leadership PAC and joint fundraising committees.See the Story
US & Canada · Ohio

75% Center coverage: 4 sources
J.D. Vance has been slow to build a fundraising operation, and a ground game, and is being dramatically outspent on air while racking up a nearly $900,000 in campaign debt last quarter. A super PAC with ties to Senate Minority Leader Mitch McConnell is planning to spend a staggering $28 million on television ads here to save a Senate seat once viewed as a lock.See the Story
US & Canada · Washington

67% Center coverage: 3 sources
As Ohio Senate candidate J.D. Vance fell far short of his Democratic opponent Tim Ryan in recent campaign donations, one of the Republican’s chief fundraising vehicles says it prioritizes paying off the campaign’s debt from the May 3 primary he won. See the Story
US & Canada · Washington

67% Center coverage: 3 sources
Donald Trump's dalliance with QAnon has gone from a game of footsie to what appears to be an open embrace. Sources close to the ex-president say that conversations with Trump that have touched on this topic in recent months paint a clearer picture of a Boomer internet troll who just loves to be liked.See the Story
JD Vance · Ohio

Coverage: 2 sources
Republican J.D. Vance holds a four-point lead over Rep. Tim Ryan (D) in Ohio's Senate race. Vance leads Ryan 44 percent to 40 percent, which is within the poll's margin of error of plus or minus three percentage points. The margin between the Republican and Democratic candidates is much larger in the gubernatorial contest. Gov. Mike DeWine leads Democratic challenger Nan Whaley 50 percent to 33 percent.See the Story 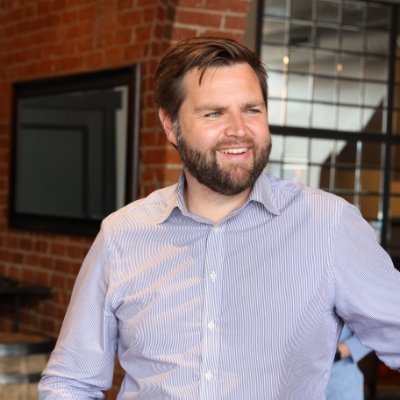