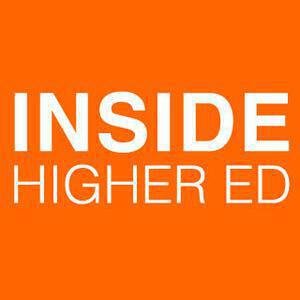 How credible is the news from Inside Higher Ed | Higher Education News, Events and Jobs…?
Mixed
by Ad Fontes Media and Media Bias/Fact Check
Learn more about Factuality Ratings.

59% Center coverage: 210 sources
The Biden administration on Tuesday announced that it will extend the payment pause on federal student loans while its forgiveness plan remains blocked in the courts. See the Story
Refugees

100% Left coverage: 1 sources
Bard College is the latest U.S. institution to open its doors to displaced Ukrainian students. Both the refugees and their host campuses benefit from the arrangement.See the Story

100% Left coverage: 1 sources
One provider of income-share agreements says new disclosure forms should help companies comply with federal regulations. Critics are skeptical that providers will even use the new form.See the Story

Left49%
Center36%
Right15%
Blindspot
Get the weekly Blindspot report sent to your inbox and stay up to date with your bias blindspot.

Republicans win control of the House

49% Center coverage: 266 sources
Republicans were projected to win a majority in the U.S. House of Representatives on Wednesday, setting the stage for two years of divided government as President Joe Biden's Democratic Party held control of the Senate. See the Story
Harvard · New Haven

49% Left coverage: 47 sources
Yale Law School is pulling out of the U.S. News & World Report law-school ranking that it dominated for decades, the latest in a series of blows to the credibility and power of the high-profile rankings. See the Story
US & Canada · Washington

47% Center coverage: 40 sources
Sen. Ben Sasse was unanimously chosen Tuesday to be the next president of the University of Florida by the university’s board of trustees, despite facing tough questions from some students and faculty over his higher education credentials and political views.See the Story

The Injustice of Affirmative Action – The Kansan

50% Left coverage: 6 sources
The Supreme Court heard arguments yesterday in two cases challenging race-conscious admissions policies at the University of North Carolina and Harvard. The anti-affirmative action group Students for Fair Admissions brought both cases. The Supreme Court has upheld affirmative action policies going back to 1978 and most recently in 2016.See the Story
US & Canada · Washington

69% Center coverage: 166 sources
The U.S. Supreme Court is set to hear arguments on Monday in two major cases involving Harvard University and the University of North Carolina that could imperil decades-old affirmative action policies that factor race into student admissions to boost Black and Hispanic enrollment on American campuses.See the Story
US & Canada · Washington

In a reversal, the Education Department is now excluding some borrowers from student loan relief

65% Center coverage: 65 sources
Borrowers whose federal student loans are held by private lenders will now be excluded. Around 770,000 people will be affected by the change, an administration official says. The Department of Education initially said these loans would be eligible for the one-time forgiveness action. Six Republican-led states have sued President Joe Biden in an effort to block his plan.See the Story
US & Canada · Tampa

Topics Most Covered by Inside Higher Ed | Higher Education News, Events and Jobs…

Washington Examiner
Suggest a source
Looking for a source we don't already have? Suggest one here.