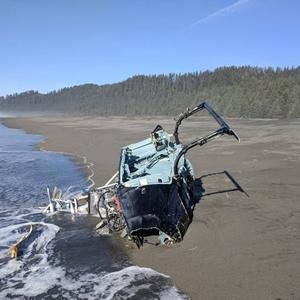 50% Right coverage: 10 sources
An arrest warrant has been issued for the Outback Wrangler star Matt Wright who is set to face charges over a fatal helicopter crash in west Arnhem Land in February. See the Story
Europe · Kyiv

Coverage: 4 sources
Ukraine has taken down another Russian helicopter in a devastating blow to Vladimir Putin's attempt to regain control of the war.See the Story

Tayag made three, 360-degree turns to the left before the helicopter rapidly descended. The helicopter then crashed onto a grassy area just off the southbound side of I-77. It could take anywhere between 12 to 24 months for the investigation to be finished.See the Story
Helicopter Crash · Greenville

100% Center coverage: 1 sources
A preliminary report was released Tuesday by the National Transportation Safety Board about the helicopter crash that killed a local television news station's pilot and its meteorologist. WBTV meteorologist Jason Myers and Sky3 pilot Chip Tayag were killed in the Nov. 22 crash that happened just minutes before noon in Charlotte, North Carolina. The purpose of the flight was to provide training for the staff meteorologist over a simulated news scene.See the Story
Helicopter Crash · Hawaii

After Hawaii crash, NTSB calls for inspection of helicopters

62% Center coverage: 8 sources
Paradise Helicopters aircraft went down on Wednesday, June 8 in Kalea. A preliminary investigation revealed the tail boom separated from the fuselage. Bell 407 requires torque inspections every 300 flight hours, but the NTSB is calling on all operators to conduct inspections as soon as possible.See the Story
Helicopter Crash

There are no bullet wounds in the helicopter where the Secretary of Security of Aguascalientes was traveling: FGR

After the version of a witness who reported an armed attack on the aircraft, the FGR initiated an investigation kit for the crimes of attacking the roads through the use of explosives or incendiary materials, as well as for the illicit damage to other people's property.See the Story
Europe · Milan

55% Right coverage: 11 sources
A helicopter flying from Italy's Tremiti islands to the mainland crashed on Saturday some 50 kilometres from the city of Foggia, in the southern-east region of Apulia, police said, adding seven people were feared dead in the accident.See the Story
Helicopter Crash · Foggia

Missing helicopter with 7 people on board, including two children

67% Center coverage: 3 sources
The aircraft had left at 9.20 from the Tremiti Islands, in Foggia (ANSA)See the Story
Europe · Northern Ireland

34% Center coverage: 3 sources
Royal Navy Westland Dragonfly crashed into Lough Foyle in November 1958. It was discovered by researchers working on a 3D coastal survey of Northern Ireland. Despite being heavily corroded, the frame of the helicopter and its three rotor blades remain mostly intact. It still carries stencilling of the words "Royal Navy" on its tail boom.See the Story
Europe · Oslo

2 dead, one injured in helicopter crash in central Norway

46% Left coverage: 11 sources
One person is dead and four others have been taken to a hospital, police said. The Denver Police Department said they do not have a suspect in custody as of yet. A shelter-in-place has been issued for the area. Verbena Street is closed between 14th and 16th Avenues.See the Story

Times of India
Lean Right
Suggest a source
Looking for a source we don't already have? Suggest one here.

How is the media covering Helicopter Crash?