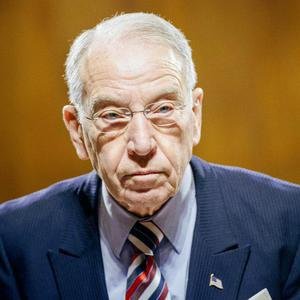 How is the media covering Chuck Grassley? 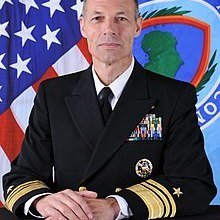 D
Mike Franken
Charles Ernest Grassley is an American politician serving as the president pro tempore emeritus of the United States Senate, and the senior United States senator from Iowa, having held the seat since 1981. He is in his seventh Senate term, having first been elected in 1980.
2022 Senate Election
Iowa Senate Election
Location of Coverage About Chuck GrassleyBased on 90 recent stories
25% Local Coverage66% National Coverage9% International Coverage

How is the media covering Chuck Grassley?

50% Center coverage: 16 sources
Former President Donald Trump is scheduled to return to Iowa ahead of the Nov. 8 midterms, to headline a rally for Republican Gov. Kim Reynolds and Sen. Chuck Grassley, Trump’s organization announced Wednesday. The event, set for Nov. 3 in Sioux City, the hub of Iowa’s conservative northwest, comes as Trump has continued to tease interest in a White House comeback campaign as he has campaigned around the country for Republican candidates.See the Story
App · Washington

100% Right coverage: 20 sources
President Biden "was aware of Hunter Biden’s business arrangements and may have been involved in some of them," Republican Sen. Chuck Grassley said Monday, suggesting that the FBI has "voluminous evidence" related to the potential criminality of those ventures.See the Story
US & Canada · Iowa

Iowa's Chuck Grassley wins another term in the U.S. Senate

42% Center coverage: 17 sources
Republican Chuck Grassley will serve an eighth term. Grassley has served Iowa since 1981. He is the 8th longest-serving senator in U.S. history. See the Story

Grassley a ‘no’ on Graham’s 15-week abortion ban

100% Center coverage: 13 sources
Sen. Chuck Grassley (Iowa) says he would vote against a national 15-week abortion ban. Grassley previously co-sponsored Graham's bill, introduced last year, to ban abortion after 20 weeks. Iowa Republican says abortion is an issue that should be handled at the state level.See the Story
US & Canada · Iowa

83% Center coverage: 6 sources
The latest Des Moines register poll shows the lead between Sen. Chuck Grassley and Democrat Mike Franken has narrowed to just three percentage points. Four percent of those polled say they would vote for someone else, while another 4% says they won't vote at all. Three percent are not sure who they are voting for. This slim margin indicates Grassley's toughest re-election fight in 40 years.See the Story
Business · Iowa

67% Right coverage: 3 sources
U.S. Sen. Chuck Grassley voted to block a bill codifying federal protections for same-sex marriages. Grassley argued the bill was unnecessary and could impinge upon people's religious freedoms. A bipartisan coalition of 62 senators voted to advance the bill for debate and a final vote. The Senate still needs to vote on the bill's passage.See the Story
US & Canada · Iowa

Grassley has already filed for reelection bid in 2028

100% Center coverage: 1 sources
Sen. Chuck Grassley (R-Iowa), the upper chamber’s second oldest member, has filed paperwork to run for reelection in 2028. Grassley, 89, won reelection last week to his eighth term, and he would be 95 years old at the time of the 2028 elections and a centenarian when that term ends. See the Story 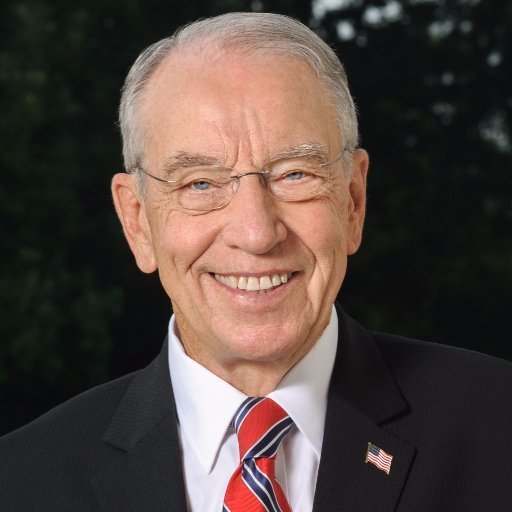