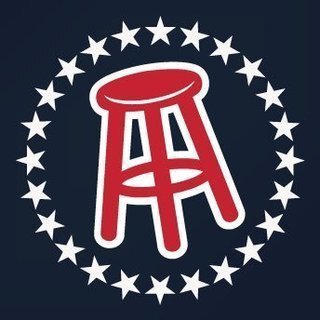 How credible is the news from barstoolsports.com?
Mixed
by Ad Fontes Media and Media Bias/Fact Check
Learn more about Factuality Ratings.

53% Center coverage: 56 sources
The first trailer for Guardians of the Galaxy Volume 3 has finally been released publicly. The first teaser for the Marvel Phase 5 movie packs plenty into its 90-second runtime. The film will pick up events after the group's Holiday Special, which was released on Disney Plus as part of MCU Phase 4.See the Story
US & Canada · Arlington

40% Left coverage: 25 sources
Jacob deGrom, the two-time Cy Young Award winner and one of baseball's most dominant pitchers even as injuries limited his availability, cashed in on his pedigree by agreeing to a stunning five-year, $185 million contract with the Texas Rangers on Friday. See the Story

67% Center coverage: 3 sources
Mizzou and Kansas are set to renew their rivalry in football in 2025. Tip-off for the game is set for Dec. 10 at 4:15 p.m. The defending national champions in basketball will visit Mizzou Arena for the first time since Feb. 4, 2012.See the Story
World Cup · Ghana

12 Years Of Spite: Ghana Lost But Fans Are Still Going Wild And Partying Just Because Uruguay Got Knocked Out

Coverage: 2 sources
Uruguay beat Ghana 3-1 in their final group game of the 2014 World Cup. Manchester United's Facundo Pellistri was involved in the win but it wasn't enough to send the South Americans to the knockout stage of the tournament. South Korea beat Portugal 2-1 to go through on goal difference.See the Story

100% Center coverage: 1 sources
Fox News- The hashtag #SantaIsntReal is trending on TikTok as Gen Z parents say they don't want to 'lie' to their kids about Santa.In a sign of how screwed we are as a society, some Gen Z parents are ...See the Story

100% Center coverage: 1 sources
As someone who covers anything Cincinnati Bengals-related and has had all his wisdom teeth removed thus knowing the state of mind one is in afterwards, I can't help but be impressed with this dental p...See the Story

James Cameron Needs To Shut The Fuck Up Already

100% Center coverage: 1 sources
Would James Cameron just shut the fuck up already? Seriously - what's wrong with this guy? I get it - he's made some of the greatest movies of all time - no doubt about it; but he's managing to become...See the Story

50% Left coverage: 4 sources
ATM at Art Basel Miami Beach ranks users by their bank balance and photo. Brooklyn-based group MSCHF created the art installation. One man in a pink t-shirt is the ATM's wealthiest user so far, with $2.9 million. Other animations are futuristic adverts which make ironic statements.See the Story
Gary Neville

50% Center coverage: 10 sources
Graeme Souness and Gary Neville slammed FIFA for not showing the world a clear image of Japan's controversial second goal in their 2-1 win against Spain. Ao Tanaka's second goal, which came just two minutes after Japan's equaliser from Ritsu Doan, was initially chalked off as the ball appeared to go out of play when Kaoru Mitoma put the cross in. After a long wait, VAR overturned the decision and awarded the goal to Japan - with side-on television pictures inconclusive as to whether the ball did go over the line.See the Story

Topics Most Covered by barstoolsports.com

Fox News
Suggest a source
Looking for a source we don't already have? Suggest one here.