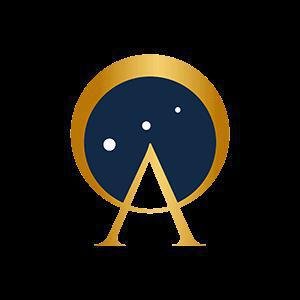 How credible is the news from Ancient Origins?
Mixed
by Ad Fontes Media and Media Bias/Fact Check
Learn more about Factuality Ratings.

34% Center coverage: 9 sources
A gold coin long dismissed as a forgery appears to be authentic and depicts a long-lost Roman emperor named Sponsian, according to a new study.See the Story
Middle East · Cairo

80% Center coverage: 5 sources
Ancient owl-shaped slate engraved plaques, dating from about 5,000 years ago in the Iberian Peninsula, may have been created by children as toys, suggests a paper published in Scientific Reports. These findings may provide insights into how children used artifacts in ancient European societies.See the Story

Wearing the Drunkard’s Cloak Was the Worst Hangover in History

If you thought having a heinous hangover after a night of heavy drinking was a nightmare, imagine having to endure a spot of torturous public shaming too!See the Story
Archaeology

Famous legendary figures like King Arthur and Robin Hood have one foot planted in fact and one firmly planted in fiction.  Read moreSection: NewsMyths & LegendsEuropeHistoryFamous PeopleRead LaterSee the Story
Archaeology

Mother and Child Reunion Of Thetis And Achilles

The Iliad can provide new insights on the role of motherhood among the ancient Greek gods, and by extension, amongst ancient mortal Greek women themselves. Very much like the lyrics of the famous Paul Simon song, Mother and Child Reunion (1972), Achilles calling out for his mother Thetis was only “a motion away” in The Iliad.  Yet, the backdrop to that “strange and mournful day,” begins with the goddess Thetis’ marriage to her mortal husband Pel…See the Story
Archaeology

The Cost of Grief: Professional Mourners of the Ancient World

Funerals can be difficult to get through. The pain of loss can simply be too much for many.  Read moreSection: NewsHistoryAncient TraditionsRead LaterSee the Story
Trade

Scientists have used a handheld laser to melt holes into precious gold jewelry in order to trace their ancient origins. Worried? You shouldn't be!See the Story
Middle East · Mosul

38% Left coverage: 16 sources
The carvings on marble slabs were discovered by a team of experts in Mosul. They have been working to restore the site of the ancient Mashki Gate, which was bulldozed by Islamic State group militants in 2016. The writings show that these murals were built or made during the reign of King Sennacherib, an archaeologist said.See the Story
Stonehenge · Stonehenge

75% Center coverage: 4 sources
Archaeologists are examining a mysterious monument discovered on the outskirts of Prague. It is estimated to be around 7,000 years old, making it even older than Stonehenge and the Egyptian pyramids of Giza. The ancient monument is being referred to as a roundel, the name archaeologists have given to large circular structures.See the Story
Archaeology

100% Center coverage: 5 sources
A fire on Chile's Easter Island has caused permanent damage to some of its iconic carved stone figures. The high temperature of the forest fire accelerated the process through which the stone carvings will eventually turn into sand. The island is known around the world for its moais, stone structures that are thought to weigh around 14 tons.See the Story

Topics Most Covered by Ancient Origins

Egypt Independent
Suggest a source
Looking for a source we don't already have? Suggest one here.