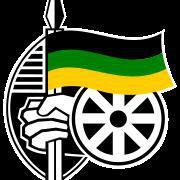 53% Center coverage: 53 sources
The political future of President Cyril Ramaphosa hung in the balance on Friday, as South Africans wondered whether he would cling to power or resign over accusations that he sought to cover up a burglary at his farm.See the Story
Cyril Ramaphosa · Johannesburg

55% Center coverage: 27 sources
Cyril Ramaphosa's future hangs in the balance as he faces calls from within the ANC and from opposition parties to step down from his position. An independent parliamentary panel issued a report that suggested he may have broken anti-corruption laws. The report follows a criminal complaint laid by the country's former head of intelligence.See the Story
Cyril Ramaphosa · Johannesburg

Coverage: 10 sources
South Africa's African National Congress will meet on Sunday to continue a meeting it halted midway on Friday to discuss the future of President Cyril Ramaphosa. An enquiry by an independent parliamentary panel found that Ramaphoso might have committed misconduct when investigations revealed that he kept millions of dollars in cash at his private game farm.See the Story

Left17%
Center33%
Right50%
Blindspot
Get the weekly Blindspot report sent to your inbox and stay up to date with your bias blindspot.

This comes in light of the ANC's 55th national elective conference set to take place at the Nasrec Expo Centre, in Johannesburg from 16 - 20 December 2022.See the Story
ANC · South Africa

100% Right coverage: 1 sources
The ANC has raised concerns after Eskom ramped up load shedding to stage 6. The deliberate power cuts have driven South Africans to a breaking point of anger frustration. January was the only month where there was no load shedding, according to Outlier. The load shedding has also frustrated the ANC whose national elective conference is expected to kick off next week.See the Story
Cyril Ramaphosa · South Africa

Coverage: 2 sources
A group of ANC MPs against Ramaphosa are planning to vote with the opposition to adopt the section 89 panel's Phala Phala report. ANC MP Mervyn Dirks and former North West premier Supra Mahumapelo are confident that their numbers could trigger the impeachment committee.See the Story
ANC · South Africa

100% Right coverage: 1 sources
African National Congress (ANC) electoral committee labelled objections lodged by 16 members as unsubstantiated and prone to plunging the party into disrepute. The committee, headed by former president Kgalema Motlanthe, received an objection this week after the governing party announced nominations for additional 200 ANC NEC members set to be elected at the Nasrec elective conference. The 16 complainants included, among others, Isaac Mashaba and Mogomotsi Mogodiri.See the Story
Cyril Ramaphosa

Dr Gwen Ramokgopa is a member of the ANC's NEC. She is being touted for the position of treasurer general at the party's 55th national elective conference. She talks to Tshidi Madia about Cyril Ramaphosa and the Phala Phala farm scandal.See the Story
ANC

100% Right coverage: 1 sources
The Sunday Times Politics Weekly podcast team has been speaking to the ANC’s top six candidates about contesting for leadership positions and their views about the state of the party ahead of next week’s elective conference.See the Story
Cyril Ramaphosa

100% Center coverage: 1 sources
The ANC's attempts to block an impeachment inquiry into President Cyril Ramaphosa are similar to its actions to protect former president Jacob Zuma, political analysts believe. This after a Section 89 report, released last week by an independent panel headed by former chief justice Sandile Ngcobo, foundRamaphosa might have violated the Constitution and anti-corruption laws.See the Story
Cyril Ramaphosa

Calls for Ramaphosa to step aside are premature: Cosatu

100% Right coverage: 1 sources
ANC alliance partner Cosatu believes those calling for President Cyril Ramaphosa to resign from his position after the findings of the section 89 independent panel report on Phala Phala are jumping the gun.See the Story

News24
Center
Suggest a source
Looking for a source we don't already have? Suggest one here.

How is the media covering ANC?