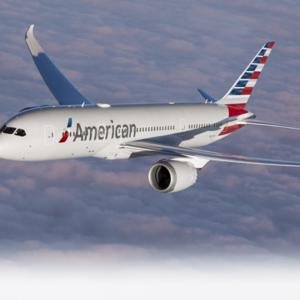 The passenger plane was travelling from Frankfurt in Germany to Dallas, Texas. A Squawk 7700 code was issued on flight AAL71 shortly after it departed at 11am. It then changed course and diverted towards Glasgow Airport at around 12pm. It is currently unclear what the emergency is or when the journey will continue.See the Story
American Airlines · Fort Worth

56% Left coverage: 9 sources
A group of passengers from Texas, California, Missouri and Minnesota sued American Airlines in federal court in 2021. The passengers said they showed up at the airport and had to pay a fee to check their bags. The settlement will force American to pay at least $7.5 million plus legal fees.See the Story
American Airlines · Miami

Miami to Barbados flight evacuated due to fumes in cabin

72% Center coverage: 40 sources
Flight 338 was on its way to Barbados when it returned to Miami International Airport after multiple passengers became sick. American Airlines said the plane turned around after a chemical odor spread through the cabin from a passenger's carry-on luggage. A source familiar with the situation told CBS News the odor was coming from nail polish remover.See the Story

71% Center coverage: 21 sources
The Justice Department and six states are suing American and JetBlue in federal court over their regional partnership in the Northeast. The Justice Department is trying to convince U.S. District Judge Leo Sorokin to kill the partnership. Government lawyers argue that the deal limits competition and will push fares higher.See the Story
American Airlines · Connecticut

88% Center coverage: 51 sources
Kendra Rhoden was traveling to the Dominican Republic at seven months pregnant. She was six weeks out from her due date. Rhoden and her newborn were taken to a hospital for evaluation. Doctors there made sure the two stayed long enough until it was safe to fly back home.See the Story
American Airlines · Los Angeles

55% Center coverage: 102 sources
Alexander Tung Cuu Le, 33, of Westminster, is charged with one count of interference with flight crew members and attendants, a crime that carries a statutory maximum sentence of 20 years in federal prison. The incident occurred on September 21, 2022, on Ameerican Airlines flight 377, which was headed from Cabo San Lucas, Mexico, to Los Angeles, California. Witnesses told the FBI that Le exited his seat, 17A, and grabbed one of the flight attendants by the left shoulder from behind and asked for coffee.See the Story
American Airlines · Fort Worth

88% Center coverage: 36 sources
American Airlines is phasing out its first class cabin to instead focus on business class seats. The airline said it would renovate its Boeing 777 aircraft to include the new offering. American signaled the move late last month when it unveiled a new Flagship Suite option, which includes privacy doors and lie-flat controls.See the Story
American Airlines · Washington

46% Right coverage: 11 sources
An American Airlines passenger is asking the company for "reparations" after tweeting that she was "wedged" between two "obese people" on a three-hour flight. Sydney Watson, who describes herself as an Australian/American political commentator, posted to Twitter on Monday stating that she was "literally - WEDGED between two OBESE people on my flight."See the Story
American Airlines · Washington

58% Center coverage: 26 sources
JetBlue CEO Robin Hayes was the first witness in the trial in federal district court in Boston over the federal government's antitrust lawsuit against American and JetBlue. The airlines are coordinating schedules and sharing revenue from flights in the Northeast, including New York-area airports. The government argued that the deal is, in effect, a merger that will cost consumers $700 million a year in higher fares.See the Story

WLKY
Center
Suggest a source
Looking for a source we don't already have? Suggest one here.

How is the media covering American Airlines?