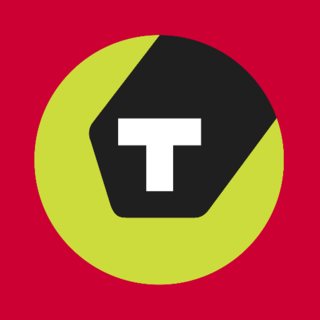 How credible is the news from tweakers.net?
Unknown
by Ad Fontes Media and Media Bias/Fact Check
Learn more about Factuality Ratings.

50% Center coverage: 12 sources
Corning introduced Gorilla Glass Victus 2 on Wednesday, the latest version of its durable glass for smartphones. Corning says the new glass should provide better drop resistance on rougher surfaces. New glass was able to endure falls from up to one meter onto a surface replicating concrete in lab tests.See the Story
Google · Mountain View

Switzerland considers ban on EVs, gaming consoles and streaming in the event of a power shortage

In emergency situations, the Swiss government is considering banning most electricity applications nationwide. For example, there is talk about a ban on the use of electric cars and streaming services.See the Story
Tech

100% Left coverage: 1 sources
Discord has enabled Server Subscriptions for all eligible server owners in the US. Your favorite streamer or social media star can now offer exclusive content and features at multiple price tiers they set themselves. You might get bonus videos, early access to merch or voting rights for influential polls, for instance.See the Story
App

67% Left coverage: 3 sources
RealityScan lets anyone scan real-world objects with their phone and turn them into high-fidelity 3D models. The app is the fruit of Epic's purchase of Capturing Reality, a company specializing in photogrammetry software. RealityScan combines 2D images to make seamless 3D assets for games and other virtual environments.See the Story

The free-to-play shooter Warframe has included a cross-play feature since Friday. This ensures that players can play with each other on PC and console. The cross-save feature, which allows players to migrate their progress from one platform to another, will be released at a later time.See the Story
Nintendo Switch

100% Center coverage: 1 sources
The version 1.1.0 update will release later today. It brings with it the first season of Ranked Battles, one of the game’s competitive modes. It will also fix an issue where certain music tracks weren’t playing correctly during specific battles. Nintendo apologised for performance issues that players have encountered.See the Story
Entertainment

‘Gears of War’ Movie and Animated Series Coming to Netflix

100% Left coverage: 4 sources
Netflix is planning a slate of Gears of War adaptations. First up is a live-action feature film, followed by an adult animated series. There are no details about when the adaptations will be released. The announcement arrives on the 16th anniversary of the release of the first game.See the Story
Google

Google to shut down its dedicated Street View app on March 31, 2023: The details

Coverage: 2 sources
Google is shutting down its dedicated Street View app. Support will end on March 21st, 2023. Google announced that it was spinning off Street View into its own app back in 2015. The app lets you upload your own spherical photos from your phone or from spherical cameras.See the Story
App

M2 iPad Pro can record ProRes video, but you need a third-party app for that

Apple's new M2 iPad Pro is the first to support recording ProRes video. But as people are finding out, it doesn't actually work. At least, not with the built-in Camera app. It isn't yet clear whether that's a bug or a feature, but it's an odd situation.See the Story

Topics Most Covered by tweakers.net

NDTV Gadgets 360
Suggest a source
Looking for a source we don't already have? Suggest one here.