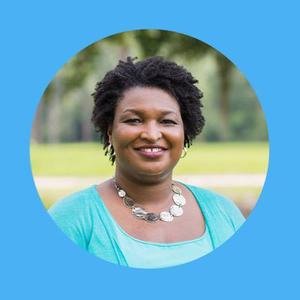 How is the media covering Stacey Abrams? 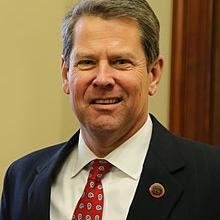 R
Brian Kemp
Stacey Yvonne Abrams is an American politician, lawyer, voting rights activist, and author who served in the Georgia House of Representatives from 2007 to 2017, serving as minority leader from 2011 to 2017. Abrams founded Fair Fight Action, an organization to address voter suppression, in 2018. A voting rights activist, her efforts have been widely credited with boosting voter turnout in Georgia, including in the 2020 presidential election, when Joe Biden narrowly won the state, and in Georgia's 2020–2021 regularly scheduled and special U.S. Senate elections, which gave Democrats control of the Senate.
2022 Governor/Gubernatorial Election
Georgia Governor/Gubernatorial Election
Location of Coverage About Stacey AbramsBased on 258 recent stories
10% Local Coverage84% National Coverage6% International Coverage

How is the media covering Stacey Abrams? 43% Center coverage: 61 sources
Georgia Gov. Brian Kemp won the state's Republican primary for governor on Tuesday. Kemp will face Democrat Stacey Abrams this fall in what will be one of the nation's most closely watched governor's races. Kemp emerged as a powerful fundraiser with a list of conservative accomplishments to blunt Trump's opposition.See the Story 62% Center coverage: 31 sources
Stacey Abrams tested positive for COVID-19, according to her campaign. She reportedly received the positive test results early Wednesday. Abrams is in a heated race for governor against the current governor, Brian Kemp. Kemp narrowly defeated Abrams during the 2018 race. She is fully vaccinated and boosted and experiencing mild symptoms.See the Story

Perdue accuses Abrams of ‘demeaning her own race’

65% Left coverage: 31 sources
David Perdue says Stacey Abrams is demeaning her own race. Abrams is bidding to be the first Black woman to be a governor of an American state. She's without opposition in her own primary Tuesday. Perdue is trying to knock off incumbent Gov. Brian Kemp in the Republican primary.See the Story

Stacey Abrams says Georgia ‘the worst state in the country to live,’ despite owning multiple houses there

73% Center coverage: 11 sources
Georgia Gov. Brian Kemp will seek a second round of income tax rebates. Kemp also will seek to revive a property tax break that succumbed in 2009. Kemp is contending with Democratic challenger Stacey Abrams over who's best for the state's economy. Abrams is seeking traction against a Republican incumbent she narrowly trails in the polls.See the Story

Stacey Abrams: Record turnout in Georgia has nothing to do with whether there's voter suppression

83% Right coverage: 6 sources
Stacey Abrams had to fight back laughter after a comedian mocked President Joe Biden for allegedly having Alzheimer's.See the Story

50% Center coverage: 4 sources
Abrams announced housing proposals on Wednesday, July 27, 2022 that she says will improve affordability, reduce homelessness, and make it easier for longtime residents to remain in gentrifying neighborhoods. Other Abrams plans would increase pay for teachers, state troopers and prison guards and tighten state gun laws. Kemp has yet to unveil proposals for what he would do in a second term.See the Story

100% Right coverage: 4 sources
Democratic gubernatorial candidate Stacey Abrams recently referred to the state of Georgia as one of the worst states in the U.S. to live in. Abrams believes, ostensibly, that this is due to Georgia Republicans working overtime to implement voter suppression schemes. Early voter turnout in Georgia's recent primary election cycle increased by over 200%, but Abrams is still claiming voter suppression could keep her from attaining office.See the Story

Tammy Bruce calls out Stacey Abrams' 'sleight of hand' on defunding police: 'Exactly like the rest of them' 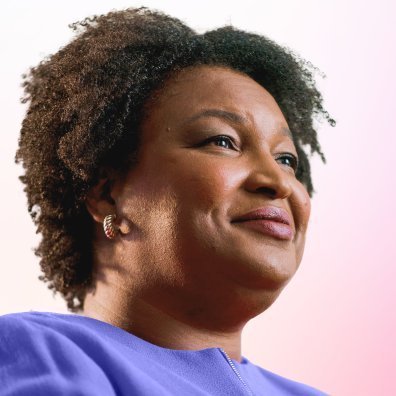 Stacey Abrams says Georgia ‘the worst state in the country to live,’ despite owning multiple houses there