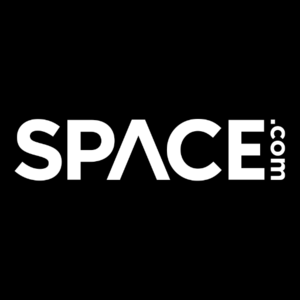 How credible is the news from Space?
High
by Ad Fontes Media and Media Bias/Fact Check
Learn more about Factuality Ratings.

56% Center coverage: 227 sources
America’s newest nuclear stealth bomber is making its public debut after years of secret development and as part of the Pentagon’s answer to rising concerns over a future conflict with China. The B-21 Raider is the first new American bomber aircraft in more than 30 years. Almost every aspect of the program is classified.See the Story
US & Canada · Beijing

54% Center coverage: 57 sources
NASA’s Orion capsule and its test dummies swooped one last time around the moon Monday, flying over a couple Apollo landing sites before heading home. Orion will aim for a Pacific splashdown Sunday off San Diego, setting the stage for astronauts on the next flight in a couple years.See the Story

Left36%
Center64%
Right0%
Blindspot
Get the weekly Blindspot report sent to your inbox and stay up to date with your bias blindspot.

Coverage: 2 sources
The Orion spacecraft released a fresh video showing two humongous lunar craters. NASA did not identify the craters in its tweets or during live coverage. Space journalist Philippe Henarejos suggests the big one is Kepler. Gassendi was the alternate landing site for Apollo 17, which touched down in 1972.See the Story
Amazon

100% Center coverage: 1 sources
Amazon has been testing a machine learning software in space that can analyze Earth observation images on its own. The experiment ran on D-Orbit's ION satellite, which was launched in January 2022. The software also managed to reduce the size of the images transmitted to Earth by up to 42%.See the Story
Space

What time will the full moon eclipse Mars on Dec. 7?

100% Center coverage: 1 sources
This week, the Red Planet is at opposition, meaning it forms a straight line with Earth and the sun. In this alignment, Mars will appear brighter than usual and be easier to see in the sky. This week will also see a lunar occultation of Mars on Wednesday evening (Dec. 7)See the Story
Space

100% Center coverage: 1 sources
Measurements taken at Earth's neighbors, Mars and Venus, show the battle between high-energy cosmic rays from beyond the solar system and the influence of the sun in the inner solar system. The European Space Agency's Mars Express spacecraft launched in 2003 and remains in orbit around the Red Planet. The agency's Venus Express operated around the second planet from the sun between 2006 and 2014, giving the scientists 17 years of data.See the Story
Space

100% Center coverage: 1 sources
NASA's Artemis 1 mission continues to be a source of wonder for observers here on Earth. On Dec. 3, while Orion was departing its distant retrograde orbit around the moon, the spacecraft was broadcasting its data signal back to ground stations. One amateur visual and radio astronomer, Scott Tilley, was able to acquire and record Orion's data signal during this period.See the Story
Volcano · Hawaii

100% Center coverage: 1 sources
Mauna Loa volcano on Hawaii's Big Island has been erupting since Nov. 27. The volcano's peak stands 2.5 miles (4 kilometers) above the choppy waters of the Pacific Ocean. Earth-observing satellites have been snapping the progress of the eruption and measuring the content of the toxic smoke.See the Story
NASA

Topics Most Covered by Space

c|net
Suggest a source
Looking for a source we don't already have? Suggest one here.