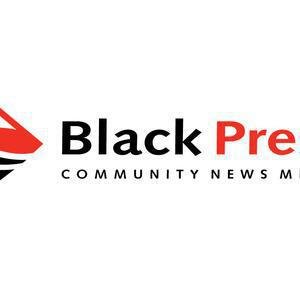 Multiple fatalities in shooting at Walmart store in Virginia

45% Center coverage: 216 sources
A shooting at a Walmart in Chesapeake, Virginia late on Tuesday resulted in multiple fatalities, and the shooter is dead, the City of Chesapeake said.See the Story
Port Alberni · Port Alberni

100% Left coverage: 1 sources
The Alberni Valley received 24 centimetres of snow on Tuesday, most of it falling in that five-hour period. Crews were out the day before the storm to brine main roads in preparation of the snow. The city has a snow clearing priority map that shows major routes that are cleared first, followed by lesser-used or residential areas.See the Story
Lake Cowichan · Lake Cowichan

100% Left coverage: 1 sources
The Port Alberni Bombers finished off the month of November with a 5-1 loss against the visiting Lake Cowichan Kraken. The game started off quickly for the Kraken, who picked up a 1-0 lead halfway through the period. The Bombers will be on the road this week and won't stop back at home until Saturday, Dec. 17.See the Story

100% Left coverage: 1 sources
A former police officer burst into a day care center in northeastern Thailand on Thursday, killing dozens of preschoolers and teachers before shooting more people as he fled. The gun and knife attack on the Young Children's Development Center in Uthai Sawan was Thailand's deadliest mass killing. Families offered flowers and dolls, popcorn and juice boxes to children massacred at the day care.See the Story

Coverage: 2 sources
Brad Sperling has been re-elected in Area C of the Peace River Regional District by a one-vote margin over Suzanne Haab of Baldonnel. There will be a recount Monday morning to confirm the results. Jordan Kealy of Cecil Lake was elected in Area B with 243 votes, beating Jeff Kitt of Wonowon, who had 153 votes. Leonard Hiebert was acclaimed in Area D, and Dan Rose in Area E.See the Story
Thailand · Thailand

100% Left coverage: 1 sources
Judith Charbonneau Kaplan is vice president of advanced wealth planning at Wellington-Altus Private Wealth in Kelowna. The 37-year-old is passionate about making tax law relevant and accessible to all. She works closely with high-net-worth clients to help them establish a wealth plan.See the Story
Wildfires · Port Alberni

100% Left coverage: 2 sources
Two fires burning on Spur No. 10 south of Port Alberni Oct. 10, 2022 are marked on a BC Wildfire map. One fire controlled, one sitting at four hectares along Spur 10 west of Cox Lake. Both fires are suspected of being human-caused.See the Story
Good Samaritan · Port Alberni

100% Left coverage: 2 sources
Port Alberni RCMP are seeking to identify a suspect in an attempted abduction. A 10-year-old girl was walking on Bishop Avenue near John Howitt Elementary School. An unknown man grabbed onto the girl and told her to come with him. A teenage boy intervened and pushed the man away. The girl was able to safely get home.See the Story

Parksville Qualicum Beach News
Suggest a source
Looking for a source we don't already have? Suggest one here.