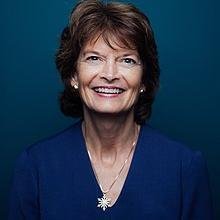 How is the media covering Lisa Murkowski?

Lisa Ann Murkowski is an American attorney and politician serving as the senior United States senator for Alaska, having held that seat since 2002. Murkowski is the second-most senior Republican woman in the Senate, after Susan Collins of Maine. Like Collins, Murkowski is often described as one of the most moderate Republicans in the Senate and a crucial swing vote. Murkowski became the dean of Alaska's Congressional delegation upon Representative Don Youngs death. Murkowski is the daughter of former U.S. senator and governor of Alaska Frank Murkowski. Before her appointment to the Senate, she served in the Alaska House of Representatives and was elected majority leader. She was appointed to the Senate by her father, who resigned his seat in December 2002 to become governor of Alaska. Murkowski completed her father's unexpired Senate term, which ended in January 2005.
2022 Senate Election
Alaska Senate Election
Location of Coverage About Lisa MurkowskiBased on 65 recent stories
4% Local Coverage80% National Coverage16% International Coverage

How is the media covering Lisa Murkowski?

55% Center coverage: 11 sources
U.S. Sen. Lisa Murkowski, a moderate Republican, wins fourth term. Murkowski defeated fellow Republican Kelly Tshibaka, who was backed by Trump. Trump figured prominently in the race, especially after Murkowski both called on him to resign. Her impeachment vote was a point of contention raised by Trump in campaigning.See the Story

50% Left coverage: 4 sources
Murkowski is seeking re-election and faces a challenge from the Trump-backed Republican candidate Kelly Tshibaka. Pelota is seeking a full term after defeating Sarah Palin, the former governor of Alaska and vice presidential candidate, in an August special election. Peltola responded to Murkowski's comments by saying "I'm voting for her, so we're even-steven"See the Story
US & Canada · Arizona

Trump slams McConnell over lack of funding for Masters in Arizona

100% Right coverage: 2 sources
Kelly C. Tshibaka is running against Republican Sen. Lisa Murkowski, who has held the seat for two decades. Murkowski has been labeled a RINO (Republican In Name Only) for her support of impeaching former President Donald Trump. FiveThirtyEight is giving TShibaka a 99% chance of winning in November.See the Story
US & Canada · Alaska

Murkowski, Peltola buck parties to endorse each other in Alaska

34% Center coverage: 3 sources
Sen. Lisa Murkowski (R-Alaska) and Rep. Mary Peltola (D-Alaska) have reached across the aisle to endorse each other, just two weeks ahead of the midterm elections. See the Story
Sarah Palin

67% Center coverage: 3 sources
Sen. Lisa Murkowski (R-AK) says she plans on ranking Rep. Mary Peltola (D-AK) first in the U.S. House race on the November ballot, where Murkowski’s own name will also appear as she runs for a fourth term, the Anchorage Daily News reports. See the Story
Abortion · Alaska 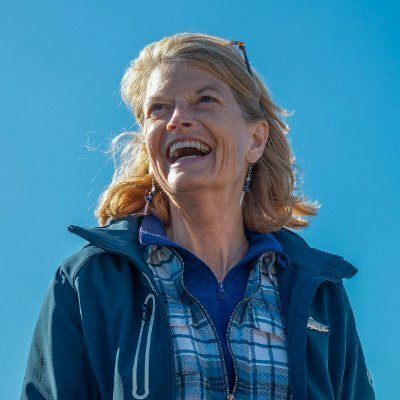 Sen. Lisa Murkowski
@lisamurkowski
91% of the news @lisamurkowski interacts with on Twitter is Centrist
91% CENTER

Sen. Lisa Murkowski
@lisamurkowski
91% of the news @lisamurkowski interacts with on Twitter is Centrist
91% CENTER