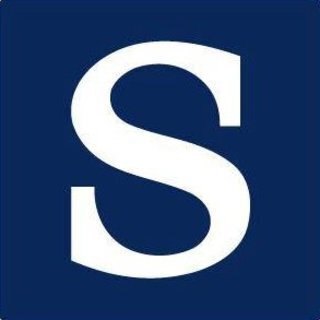 How credible is the news from Le Soir?
High
by Ad Fontes Media and Media Bias/Fact Check
Learn more about Factuality Ratings.

48% Center coverage: 164 sources
Ukraine President Volodymyr Zelenskyy has been named Time magazine's 2022 Person of the Year. The annual award by the US magazine's editors is given to someone who is felt to have had the most global influence during the last 12 months. Previous winners have included Angela Merkel in 2015, Donald Trump in 2016, Greta Thunberg in 2019 and Joe Biden in 2020.See the Story
Europe · Washington

Blinken says U.S. neither encourages nor enables Ukraine to strike inside Russia

39% Center coverage: 28 sources
The United States has neither encouraged nor enabled the Ukrainians to strike inside of Russia, U.S. Secretary of State Antony Blinken said on Tuesday, but repeated Washington's determination to make sure Kyiv has the equipment it needs to defend itself. See the Story

Left18%
Center36%
Right46%
Blindspot
Get the weekly Blindspot report sent to your inbox and stay up to date with your bias blindspot.

100% Center coverage: 1 sources
Peruvian President Pedro Castillo dissolved Parliament hours before he was discussing an impeachment motion. However, this motion passed.See the Story

War in Ukraine: the EU tightens its grip on Russia even more

100% Center coverage: 1 sources
It was via a press release that the Belgian football federation announced the thing.See the Story

With Eden Hazard's international retirement, Belgium is losing much more than a captain

100% Center coverage: 1 sources
Eden Hazard has announced that he has retired from international football. The 31-year-old made 126 senior appearances for his country, scoring 33 goals. Hazard spent seven years playing for Chelsea where he scored 110 goals in 352 appearances. He helped the Blues win six trophies, which included two Premier League titles.See the Story
Meghan Markle

Harry and Meghan on Netflix: the end of relations between the British and the Prince?

World Cup: Morocco will do everything to surprise Spain (live at 16:00)

67% Left coverage: 6 sources
Spain lost 3-0 to Morocco in a penalty shoot-out after a goalless first half. Marco Asensio started on the left of a 3-4-3 formation with Cesar Azpilicueta and Dani Carvajal on the right. It was the first time that either side had found themselves loose in the box in the first 45 minutes.See the Story

Topics Most Covered by Le Soir