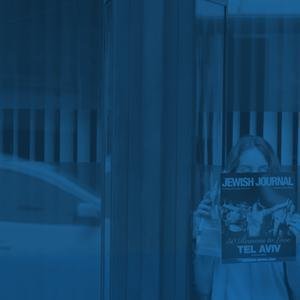 How credible is the news from Jewish Journal?
High
by Ad Fontes Media and Media Bias/Fact Check
Learn more about Factuality Ratings.

'We are the real Jews:' 100s of Black Hebrews march in New York City

67% Right coverage: 6 sources
Hundreds of followers of the Black Hebrew Israelite movement marched through New York City on Monday in support of basketball player Kyrie Irving, who returned from suspension after he had shared a link on social media to a documentary that advocates BHI theological claims that people of African descent are the real Jews.See the Story
Amazon

50% Right coverage: 4 sources
Amazon CEO Andy Jassy said on November 30 that the platform will not remove the antisemitic movie that was infamously shared on social media by Brooklyn Nets star Kyrie Irving. The movie, Hebrews to Negroes: Wake Up America, promotes claims that modern Jews are imposters who stole the religious heritage of Black people.See the Story
Alex Jones

Yet another bizarre statement by Kanye West; says he sees "good things about Hitler"

'We are the real Jews:' 100s of Black Hebrews march in New York City

Left17%
Center16%
Right67%
Blindspot
Get the weekly Blindspot report sent to your inbox and stay up to date with your bias blindspot.

67% Right coverage: 3 sources
A New York man threw two rocks at a Jewish day school on the evening of November 9. Case Western Reserve University student government passed a resolution calling on the university to divest from companies that conduct business with Israel. An anonymous student at Ohio State University alleged in a November 8 op-ed that the university's student newspaper was running Students for Justice in Palestine (SJP) propaganda.See the Story

67% Center coverage: 3 sources
The U.S. Department of Education is investigating complaints of anti-semitic harassment at the University of Vermont. Jewish students say they were marginalized and excluded from different student organizations. The University issued a statement saying they do not tolerate acts of bias or discrimination. The Brandeis Center officially filed the complaint on October 2021.See the Story
Judaism

Coverage: 2 sources
On September 5 1972, at 4:30 am, Palestinian militant group Black September took the eleven Israelis hostage at a high-rise. Two Israelis would be tortured and killed in front of their teammates within the residence. On September 6, the other nine hostages were killed in nearby F�rstenfeldbruck following a failed rescue by West German police.See the Story
Donald Trump

Trump Ignored Advice Not to Meet with Kanye, Report Says

100% Right coverage: 1 sources
NBC News reported that former President Donald Trump met with rapper Kanye West and white nationalist Nick Fuentes for dinner at Mar-a-Lago. The dinner was supposed to be private and uneventful, according to the report. The man who orchestrated the dinner was Milo Yiannopoulos, the former Breitbart News editor.See the Story
Twitter · Jerusalem

100% Right coverage: 1 sources
Rabbi Ari Lamm was number 38 in The Jerusalem Post's 2022 list of the most influential Jews. He hosts the wildly popular podcast, Good Faith Effort, where each week he sits with writers, artists, and faith leaders to explore how the Bible continues to inform our lives today. Lamm: "This is, by far, the best time in Jewish history to be a Jew"See the Story

100% Right coverage: 1 sources
Kingsborough Community College Professor Jeffrey Lax is alleging that the university is investigating him in retaliation for Lax calling for a Boycott, Divestment and Sanctions (BDS) supporter to be removed from a search committee. Lax tweeted out a picture of a letter on which he was copied saying that CUNY would be investigating a complaint filed by the BDS supporter.See the Story

Topics Most Covered by Jewish Journal

democraticunderground.com
Suggest a source
Looking for a source we don't already have? Suggest one here.