News from iPhone in Canada 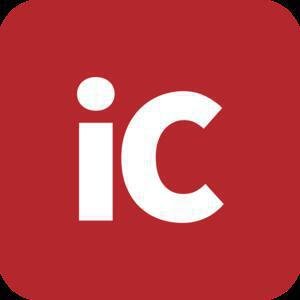 How credible is the news from iPhone in Canada?
Unknown
by Ad Fontes Media and Media Bias/Fact Check
Learn more about Factuality Ratings.

38% Right coverage: 64 sources
Twitter owner Elon Musk said he went to Apple’s headquarters and met with Apple CEO Tim Cook in tweets on Wednesday. The meeting marks a significant de-escalation days after Musk went on a tweet storm accusing Apple of threatening to pull the Twitter app from the App Store and posted then deleted a meme that suggested he would rather “go to war” than pay Apple’s 30% platform fees. See the Story
US & Canada · Menlo Park

50% Center coverage: 18 sources
Meta CEO Mark Zuckerberg on Wednesday added to the growing chorus of concerns about Apple, arguing that it's "problematic that one company controls what happens on the device."See the Story

Coverage: 2 sources
Apple (AAPL) has increased the work it is putting into its oft-rumored mixed-reality headset, including renamed the operating system. Apple is slated to introduce the headset as soon as next year, along with an operating system known as xrOS, and a dedicated third-party app store.See the Story
Apple

LG announced its Smart TV owners in owner 80 countries can get 3 months of Apple TV+ for free, just in time for the holidays. Beginning this week, LG says the promotion is available for new Apple TV+ subscribers that have: Compatible 2018-2022 4K and 8K LG Smart TV models running webOS 4.0 to webOSSee the Story
Apple

100% Left coverage: 1 sources
Apple is seeding iOS 16.2 beta 4 to all developers. This week, Apple continued to test its Security Response feature as it released another patch. The company still states that this update is for testing purposes only. Apple plans to release the operating system to all users in mid-December.See the Story
Business

67% Right coverage: 3 sources
YouTube is revealing the top trending videos of 2022 and other lists that more or less serve as a stand in for Rewind. The US Trending Videos list is based on in-country views of videos uploaded in 2021, excluding Shorts, music videos, trailers, and children's videos.See the Story
Apple

Sources: TSMC plans to make 4nm chips in its ~$12B Arizona plant, set to open in 2024, an upgrade from prior 5nm claims, at the urging of Apple, AMD, and others

TSMC is expected to announce that when its Arizona manufacturing facility is completed in 2024 it will produce 4nm, not 5nm semiconductors as previously planned. People familiar with the matter believe Apple urged the Taiwanese company to make the upgrade during the facility's construction. TSMC's $12 billion investment in Arizona not only means more advanced processors will be made in America, it should allow a whole host of new companies and jobs to appear.See the Story
Google

Google announces a host of new features for Android. New features include a digital car key and a new Reading mode. Google Assistant integration with the Adidas running app will allow users to quickly jump into more than 30 types of workouts by using prompts like "Hey Google, start a run with Adidas Running"See the Story
SpaceX

SpaceX Starlink Fair Use Policy for Canada and U.S. Delayed to 2023 • iPhone in Canada Blog

SpaceX has delayed the implementation of a new Fair Use policy on Starlink connections in Canada and the U.S. The policy, which will institute data caps on Priority Access usage, was initially supposed to go into effect in December 2022. According to SpaceX, less than 10% of Starlink subscribers currently use more than 1 TB of data per month. If you go over the limit, you'll be able to purchase additional Priority Access data.See the Story

Topics Most Covered by iPhone in Canada

9 to 5 Mac
Suggest a source
Looking for a source we don't already have? Suggest one here.