How is the media covering Blake Masters?

D
Mark Kelly
Blake Gates Masters is an American venture capitalist, author, and the president of the Thiel Foundation. Masters co-wrote Zero to One: Notes on Startups, or How to Build the Future with Peter Thiel in 2014, based on notes Masters had taken at Stanford Law School in 2012. Masters was born in Denver, Colorado in 1986, and he grew up in Tucson, Arizona after his family moved there when he was 4 years old.
2022 Senate Election
Arizona Senate Election
Location of Coverage About Blake MastersBased on 122 recent stories
3% Local Coverage89% National Coverage7% International Coverage

How is the media covering Blake Masters? 92% Left coverage: 12 sources
Arizona U.S. Senate hopeful Blake Masters (R) acknowledged that the United States has a gun violence problem. But he also has a theory about why there’s a problem — it’s “Black people, frankly,” the Daily Beast reports.See the Story

57% Left coverage: 7 sources
Former President Trump attacked the work of the House select committee investigating the Jan. 6, 2021, insurrection. Trump held a rally in Prescott Valley to support his endorsed candidates for governor, Kari Lake, and his endorsed candidate for Senate, Blake Masters. During his speech, he said he was watching the committee's most recent hearing on Thursday, which focused on Trump's actions as the riot took place.See the Story

60% Right coverage: 5 sources
Republican Senate candidate Blake Masters is leading the pack in the Arizona GOP primary race by a wide margin. Masters, a venture capitalist, is ahead by 18 points, with the next Republican candidate, businessman Jim Lamon, earning 22 percent support. The winner of the GOP primary, which will be held on Tuesday, will face Sen. Mark Kelly (D), who first took office in a special election in 2020, in November.See the Story

50% Left coverage: 4 sources
Republican Senate candidate Blake Masters said gun violence is due to "Black people" Masters was endorsed by former President Donald Trump last week in Arizona's GOP primary. Masters is also known for his belief in the "great replacement" theory that immigrants are being brought into the U.S. to replace white voters.See the Story

100% Left coverage: 1 sources
Republican candidate for U.S. Senate mocks Native Americans and appropriates Black culture. The material is a far cry from his maiden campaign ad released a year ago. Masters bills himself as an altruistic champion of safety, prosperity, and freedom. A spokesperson for Masters said the video didn't come from them.See the Story

The Fountain Hills Republican Club (FHRC) will hold its monthly meeting on Saturday, Aug. 20, at the Community Center. This will be the first time to hear directly from Blake Masters, candidate for U.S. Senate, on “how he is going…See the Story

Amid Arizona's border crisis, where do Sen. Mark Kelly and Blake Masters stand?

100% Center coverage: 1 sources
U.S. Senator Mark Kelly and his Republican opponent, Blake Masters, have called the border issue a "crisis" Masters wants more resources in nearly every aspect of the border. "He doesn't care about border security. He cares about lying to people to convince them that he cares," Masters said.See the Story 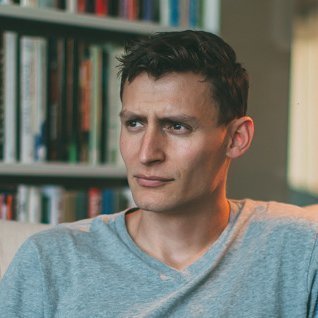