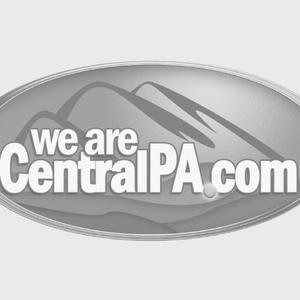 How credible is the news from WEARECENTRALPA?
High
by Ad Fontes Media and Media Bias/Fact Check
Learn more about Factuality Ratings.

51% Center coverage: 39 sources
High school football is back in Kansas this Friday evening. Here are the games KSN is following for Week 2 of Friday Football Fever. Click above to see the games we highlighted during our sportscast. GAMES COVERED (Scores will be updated as we receive them): Derbyvs. Bishop Carroll Newtonvs. Maize Kapaun Mt. Carmelvs. Wichita Northwest Southeastvs. East (Game played at Wichita South) Goddardvs. Andover Salina Southvs. Campus Garden City vs. Wichita West.See the Story

US teacher behind bars in Russia pens letter ‘needing help’

75% Center coverage: 59 sources
A viewer contacted the Your Voice Your Station hotline asking us to look into every off ramp on the Red Mountain Expressway between University Blvd. and the I-20/59 interchange. Bill Dixon said the abrupt curves and lack of signs warning drivers to slow down is dangerous and causes a lot of damage. ALDOT said improvements to the exit ramps are included in the on-going project.See the Story
US & Canada

You may get an automatic refund for your student loan payments: Here’s why

Left52%
Center33%
Right15%
Blindspot
Get the weekly Blindspot report sent to your inbox and stay up to date with your bias blindspot.

52% Left coverage: 27 sources
Police were called Saturday afternoon, Sept. 10, due to Jan Stawovy driving erratically. While looking for his Jeep, police said they were informed he pulled into a Dairy Queen. He was inside wearing a bright yellow vest, a rainbow wig, and carrying a handgun. Police said he claimed he was a prophet and would kill all the Democrats.See the Story
Democracy

75% Center coverage: 4 sources
National Voter Registration Day is September 20. Iowa Secretary of State Paul Pate talks to WHO 13's Andy Fales about how to register to vote. You can get more information on how toregister to vote here. The November election is just 49 days from the start of the primary season.See the Story
US & Canada

66% Center coverage: 6 sources
Fire crews in Mercer County were called to the blaze near Fredonia at about midnight Thursday. About a dozen fire departments responded along with state police and ambulance crews. The blaze was not reported extinguished until about 4 a.m. Friday. The identities of the victims are to be confirmed through medical records.See the Story
US & Canada · California

67% Center coverage: 65 sources
Federal prosecutors say a Northern California woman should be sentenced to eight months in prison for carefully faking her own kidnapping.See the Story

77% Center coverage: 39 sources
The U.S. Department of Education award recognizes public and private elementary, middle and high schools. In all, 29 California schools were chosen, including 10 in Los Angeles County and one in Orange County. This is the 39th time the National Blue Ribbon Schools Program has given out awards.See the Story

Topics Most Covered by WEARECENTRALPA

abc 27
Suggest a source
Looking for a source we don't already have? Suggest one here.