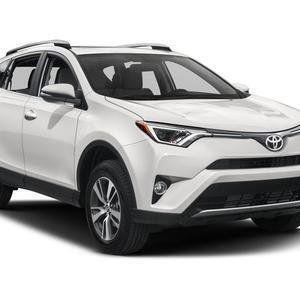 50% Right coverage: 16 sources
Vikram S Kirloskar has died due to a heart attack, the automaker said on Wednesday. He was 64. Last respects can be paid to him at the Hebbal Crematorium, Bengaluru, at 1 pm on Wednesday it added. Toyota Kirlskar Motor (TKM) is a joint venture between the Japanese auto major Toyota Motor Company and the Kirlaskar Group.See the Story
Business

Toyota's Oct global vehicle production up 23%, above its target

60% Left coverage: 5 sources
The collision happened at about 11:30 p.m. Wednesday on Interstate 495 near New Castle. A Ford pickup truck driven by a 48-year-old man from Elkton, Maryland, was traveling southbound in the northbound lane of I-495.See the Story

Left0%
Center43%
Right57%
Blindspot
Get the weekly Blindspot report sent to your inbox and stay up to date with your bias blindspot.

Woodworking Art's latest creation is a 2023 Toyota Camry. It's a four-cylinder hybrid model rather than the 301-horsepower V6. He uses a type of wood called Fokienia, from an evergreen that grows in the Fujian region of China.See the Story
Toyota · Guilford County

Arms are plastered for Toyota Hilux with hydrogen fuel cells!

Toyota UK has rolled up arms to develop a hydrogen fuel cell prototype of the Hilux model. Here are the details of the topic!See the Story
Toyota

Gustavo Salinas: 'Pickups have a lot of potential in the region'

100% Right coverage: 1 sources
The president of Toyota expects to increase Hilux exports despite the crisis, inflation and lack of dollars.See the Story
Toyota

Merco Ranking 2022: the 100 companies with the best reputation in Argentina

100% Right coverage: 1 sources
Mercado Libre, Arcor and Toyota are on the podium for the third year, according to a study that surveyed more than 14,000 surveys. The impact of the crisis on prestige.See the Story
Toyota

The Toyota Grand Highlander has been photographed at a Toyota facility. The SUV will be fully revealed at the Chicago Auto Show in February. We expect it will use the same set of powertrains from the regular model. It will have a turbocharged 2.4-liter four-cylinder and a naturally aspirated hybrid 2.5-liter.See the Story
Toyota

Toyota introduced a Hilux with a hydrogen engine

It is a development that is currently in the prototype phase.See the Story

Automotive News
Center
Suggest a source
Looking for a source we don't already have? Suggest one here.

How is the media covering Toyota?