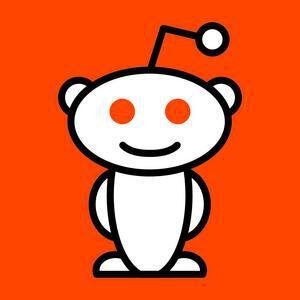 83% Left coverage: 6 sources
Kanye West fans have been flooding his dedicated Reddit page r/Kanye with posts showing their appreciation for the rapper's adversary Taylor Swift. In a post to Ye's subreddit, one of the users in the community shared a photo of Swift titled This is now a Taylor Swift Subreddit. We had a good run fellas.See the Story
NFT

100% Center coverage: 2 sources
The new minting record beat the previous all-time highs on Aug. 30 and 31, which saw just over 200,000 Reddit avatars minted each day. With the record mint day, there are now around 4.4 million Reddit NFTs in circulation. The European Union's foreign aid department is understood to have dished out nearly $408,000 on a metaverse.See the Story
NFT

100% Center coverage: 1 sources
Metaverse came in second place in Oxford University's Word of the Year 2022. Opera Crypto Browser has dived into NFTs through an integration with the Alteon LaunchPad. Reddit's NFT collection hit an all-time high record of avatars minted in one day. Watch manufacturer Timex has partnered with the Bored Ape Yacht Club (BAYC) to create watches that match BAYC and MAYC N FTs.See the Story

Left83%
Center17%
Right0%
Blindspot
Get the weekly Blindspot report sent to your inbox and stay up to date with your bias blindspot.

Reddit's NFT minting hits new high Reddit's line of non-fungible tokens (NFTs) reached another milestone on Dec. 3, reportedly minting 255,000 "avatars" in one day. The all-time highs of August 30 and 31 were broken by a new minting report, which revealed that more than 200,000 Reddit avatars were being…See the Story
Movies & TV

10 Best Action Movies With A Downer Ending, According To Reddit

100% Center coverage: 1 sources
Action movies usually end on an upbeat note, with the heroes triumphing over the villains and riding off into the sunset, but that’s not always the case. A lot of this year’s action films have ended on a down note. The Batman ended with Gotham City being flooded, Thor: Love and Thunder ended with Jane Foster losing her battle with cancer, and Michael Bay’s Ambulance ended with one of the bank robbers reluctantly killing his brother to save a par…See the Story
Opinion

[Opinion] 10 Unpopular Opinions About Hallmark Christmas Movies, According To Reddit

100% Center coverage: 1 sources
Three Wise Men And A Baby broke an impressive record and Nielson data shows that it was the "most-watched movie" of 2022. Variety reported that it had 3.6 million total viewers, reached 411,000 women between the ages of 25 and 54, and was watched in 2.9 million homes. It's no surprise that the Hallmark movie did so well since it features popular actors Paul Campbell, Tyler Hynes, and Andrew Walker.See the Story
Movies & TV

10 Most Well Executed Plot Twists In Anime, According To Reddit

100% Center coverage: 1 sources
With Bleach's return to syndication, so does the discourse of why the series resonated with so many fans, to begin with. The series was known for having some of the best twists and villain reveals that made it stick out from the others within "The Big Three."See the Story
Reddit

Reddit Asks the Question: 'What is the Worst Candy?'

Reddit asks the question: What is the worst candy? Petr Navovy gives his take on the topic. He says he doesn't really eat sweets, and has no idea about American candy. The full thread can be found at reddit.com/r/AskReddit.See the Story
Reddit · Dubuque

r/Dubuque is abuzz with everything from restaurants to places to watch the World Cup. It's become a hub of conversation for people who live in the Tri-State area!See the Story
UFC

57% Center coverage: 14 sources
DraftKings UFC 281 promo code unlocks 40-1 odds boost on any of the bouts on the card. The main event bout of Israel Adesanya and Alex Pereira will garner most of the attention. Carla Esparza and Zhang Weili will be a must-see bout. Dustin Poirier and Michael Chandler will go toe-to-toe in a lightweight bout.See the Story
UFC

37% Center coverage: 11 sources
MMA stars turned out in force to watch the spectacle of Jake Paul vs. Anderson Silva. The Showtime Boxing pay-per-view featured former UFC champions on the broadcast and in the crowd. Former UFC middleweight champion Silva is a mainstay in the discussion of MMA's greatest of all time.See the Story

ScreenRant
Unknown
Suggest a source
Looking for a source we don't already have? Suggest one here.