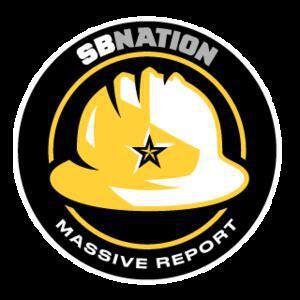 How credible is the news from Massive Report?
Unknown
by Ad Fontes Media and Media Bias/Fact Check
Learn more about Factuality Ratings.

100% Center coverage: 2 sources
The Crew have traded midfielder Artur to the Houston Dynamo for up to $350,000 in general allocation money. Artur first came to the Crew on loan from S�o Paulo FC at the beginning of the 2017 season. He played in 138 regular-season games and made 124 starts for the Crew.See the Story

The Black & Gold made some difficult choices when it came to some key players this offseason. But they were calculated moves.See the Story

Sources: The Crew closing in on Wilfried Nancy as next head coach

The Black & Gold have identified their top target and looking to finalize a deal.See the Story

100% Center coverage: 2 sources
The Columbus Crew fired coach Caleb Porter Monday. Porter led the Crew to an MLS Cup in 2020. The Crew failed to make the playoffs for the second-straight season. Porter was fired less than 24 hours after a 2-1 season-ending loss to Orlando City. He was fired along with assistant coaches Pablo Moreira and Tim Hanley.See the Story
Soccer

Coverage: 2 sources
MLS Season Pass will be available beginning Feb. 1, 2023. The subscription service is available on the Apple TV app. It includes every regular season, playoff and Leagues Cup match with no blackouts. A subscription to MLS Season Pass is free for season-ticket holders of MLS clubs.See the Story
Columbus Crew

Orlando City SC beat the Columbus Crew 2-1 on Decision Day. The win puts the Lions in the MLS Cup playoffs for the third straight year. The Lions will face CF Montreal in the first round of the playoffs. Here's how I graded Orlando's players in Sunday's win.See the Story
Columbus Crew

100% Center coverage: 2 sources
Charlotte FC and the Columbus Crew played to a 2-2 draw on Wednesday. Charlotte needed to win to stay alive in the playoff race. Columbus led 2-0 midway through the second half. Charlotte's desperation to avoid elimination lifted them to a second-half comeback.See the Story
Columbus Crew

Coverage: 2 sources
Portland pulls off a 1-1 draw at the Columbus Crew on Sunday afternoon. The Timbers (11-8-13, 46 points) ascend to 5th in the Western Conference with the draw. Kevin Molino made a run past a frozen Asprilla, and with no backup behind Portland's right wingback on the day, Molino scored with ease.See the Story
Columbus Crew

100% Center coverage: 2 sources
Columbus Crew and Miami entered into the locker room tied 1-1 at half thanks to goals from Cucho Hernandez and Gonzalo Higuain. The lightning in south Florida arrived and kept the teams off the field in yet another weather delay. The stoppage in play began at 9:15 p.m. with the second half not kicking off until around 11:30 p. m. At about 12:15 a.m., Higuains scored his second goal which would be the winner for Miami in a game with playoff implications.See the Story
Soccer · Columbus

100% Center coverage: 1 sources
Jacen Russell-Rowe scored 21 goals in 19 games to win the inaugural Golden Boot in the MLS Next Pro league. Crew 2 won the Eastern Conference final Sunday and will host St. Louis City 2 at 1:30 p.m. Saturday. In June, Russell- Rowe became the first Crew 2 player to sign with the Crew.See the Story

Topics Most Covered by Massive Report

houstondynamofc.com
Suggest a source
Looking for a source we don't already have? Suggest one here.