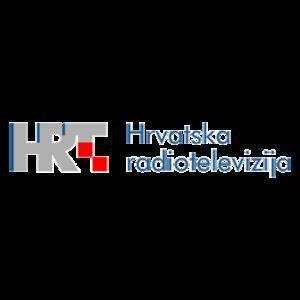 How credible is the news from Hrvatska Radiotelevizija?
Unknown
by Ad Fontes Media and Media Bias/Fact Check
Learn more about Factuality Ratings.

Croatia third in EU in number of femicides

The Croatian Women's Network organized in eleven cities the action “No more victim - not one woman less”. They are asking the Government to urgently adopt a National Strategy to Combat All Forms of ViolenceSee the Story
Europe · Croatia

Vukovar recalls the most difficult day in recent history when in 1991, after 87 days of heroic resistance, on November 18, the defenses of the city were broken, which was then occupied by the JNA and Serbian paramilitary units, committing numerous crimes against civilians and veterans in the almost completely destroyed city.See the Story

Full steam works on the “most expensive road in Croatia”

Road D 403 - which is being built in Rijeka - is currently one of the most important and expensive infrastructure projects in the country. It will connect the container terminal of Rijeka port, or the future Zagrebačka pier, with the A7 motorway as part of the trans-European transport network. Very difficult and demanding construction was estimated at almost 460 million kuna.See the Story
Europe · Croatia

On Sunday, the High Representative of the International Community for BiH, Christian Schmidt, unannounced amendments to the electoral law concerning the organization and functioning of the House of Peoples of the Federation of BiH Parliament and the manner of making decisions, which benefit Croats.See the Story
Europe · Croatia

The National Bureau of Statistics published the final results of the 2021 Census on the total population by gender and age, and by ethnicity, religion, citizenship and mother tongue. There are more women than men in Croatia, for 141,000. Most people are aged 60 to 64 years. According to the national structure in Croatia, the number of Croats increased and the number of Serbs fell, while the number of believers, including Catholics and Orthodox, …See the Story