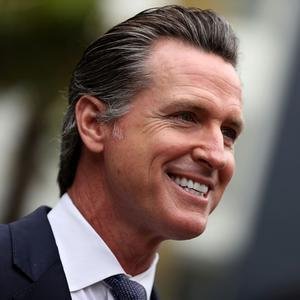 How is the media covering Gavin Newsom? 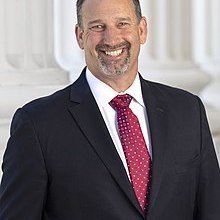 R
Brian Dahle
Gavin Christopher Newsom is an American politician and businessman serving as the 40th governor of California since January 2019. Newsom founded the PlumpJack wine store with family friend Gordon Getty as an investor. The PlumpJack Group grew to manage 23 businesses, including wineries, restaurants, and hotels. Newsom began his political career in 1996, when San Francisco Mayor Willie Brown appointed him to serve on the city's Parking and Traffic Commission. In 2003, at the age of 36, Newsom was elected the 42nd mayor of San Francisco, becoming the city's youngest mayor in a century. He was re-elected in 2007 with 72% of the vote. In 2010 he was elected lieutenant governor of California and in 2018 was elected governor.
2022 Governor/Gubernatorial Election
California Governor/Gubernatorial Election
Location of Coverage About Gavin NewsomBased on 254 recent stories
25% Local Coverage62% National Coverage13% International Coverage

How is the media covering Gavin Newsom? 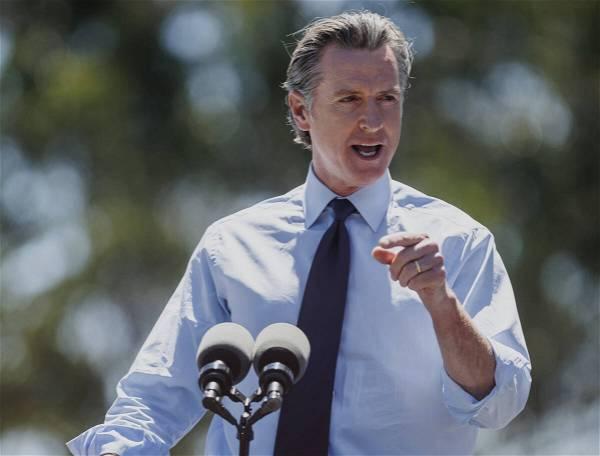 59% Center coverage: 75 sources
California Gov. Gavin Newsom on Wednesday morning declared a state of emergency in response to a powerful atmospheric river storm that is expected to intensify later in the day and is forecast to pound Northern California with heavy rain, snow and extremely gusty winds. See the Story 64% Center coverage: 33 sources
California Governor Gavin Newsom spoke of his frustration on Tuesday (January 24) over the recent back-to-back mass shootings in the state that killed a total of 18 people of Monterey Park and Half Moon Bay. See the Story 47% Center coverage: 19 sources
California could soon ban people from carrying guns in nearly all public places as Gov. Gavin Newsom and his allies in the state Legislature seek to test the limits of the U.S. Supreme Court’s new conservative majority in the aftermath of six mass shootings last month that left 29 people dead See the Story

California Reparations Could See Newsom Give Black Americans $223k Each

50% Left coverage: 8 sources
California lawmakers are considering a "wealth tax" that would not only introduce a 1.5% tax on net worth in excess of $1 billion by 2024, but also allow the state to pursue that tax for former residents who flee the state for tax-friendly locations like Florida or Texas.See the Story
Gavin Newsom

Gavin Newsom’s wife made over $1.4 million after charging schools to screen her documentaries: report

100% Right coverage: 4 sources
California Gov. Gavin Newsom’s wife charged public schools in the state to screen her documentaries, making as much as $1.5 million, according to the watchdog group Open The Books.See the Story
Dmitry Medvedev · Ukraine

[Opinion] Biden says climate change is bigger threat to humanity than nuclear war: ‘We’re going to have a real problem’

100% Right coverage: 1 sources
President Biden said in a Tuesday speech at a fundraiser that climate change is a bigger threat to humanity than nuclear war. Biden made the comments during a Democratic National Committee fundraiser in New York City. "If we don't stay under 1.5 degrees Celsius, we're going to have a real problem. It's the single-most existentialSee the Story
Gavin Newsom · Sacramento

100% Center coverage: 2 sources
Eric Guerra has been a city council member for Sacramento since 2015. He also served as a consultant for the California State Senate from 2016 to 2022. During the 2022 election, Guerra ran for State Assembly for District 10 but lost. Guerra will have to be confirmed by the State Senate in order to take the position.See the Story
Gavin Newsom · California

California Governor Gavin Newsom and Lieutenant Governor Eleni Kounalakis joined the growing chorus of public officials calling for an end to the now 53-day-old Artsakh blockade by Azerbaijan. “I stand with Armenians & am concerned about the humanitarian implications of the blocked commercial corridor for the people of Artsakh – their free & secure movement is critical. I urge the administration to continue pressure on President Aliyev to restor…See the Story
Gavin Newsom

New judges appointed in Sacramento County and other California counties

100% Center coverage: 1 sources
Governor Gavin Newsom appointed Rei Onishi, 41, of Sacramento County to be a judge in the Sacramento County Superior Court. Onishi has worked with the Office of the Governor since 2017 and worked in the U.S. Department of Housing and Urban Development. Newsom also appointed eight other judges to several county superior courts across the state as well as announced four Court of Appeal Justices.See the Story 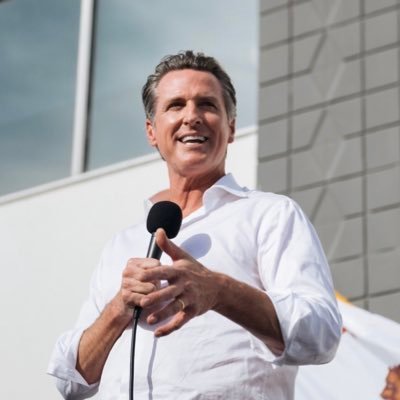 California Reparations Could See Newsom Give Black Americans $223k Each