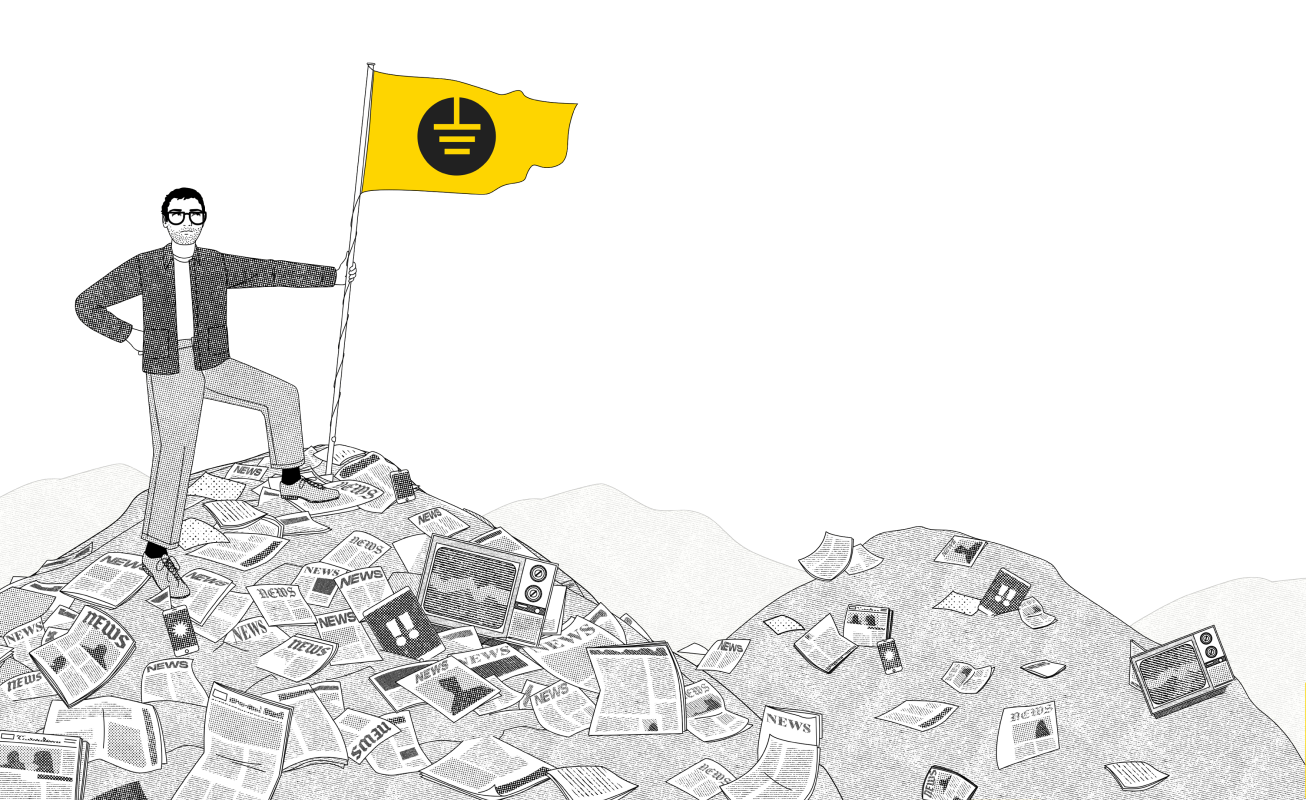 The Mediaopoly tool was created by the team at Ground News. Ground News is a news comparison platform that was created to improve our broken media ecosystem, by abstaining from manipulative algorithms and giving you more control over the news you read.

Our mobile app, web app and browser extension are home to 250,000 mindful newsreaders who use our news comparison platform to easily access the full story and engage with news beyond their filter bubble. Decidedly apolitical, our community is home to people from across the political spectrum, no small feat in an increasingly divided world. You can access our mobile and web app here.

Ground News is run by a team of seven industry outsiders and is not affiliated with any corporate media/technology companies. Most of the company is owned by the team and the majority of our funding comes from paid subscribers. To learn more about us, visit our about and testimonials page. Or join the conversation on Reddit and visit r/groundnews 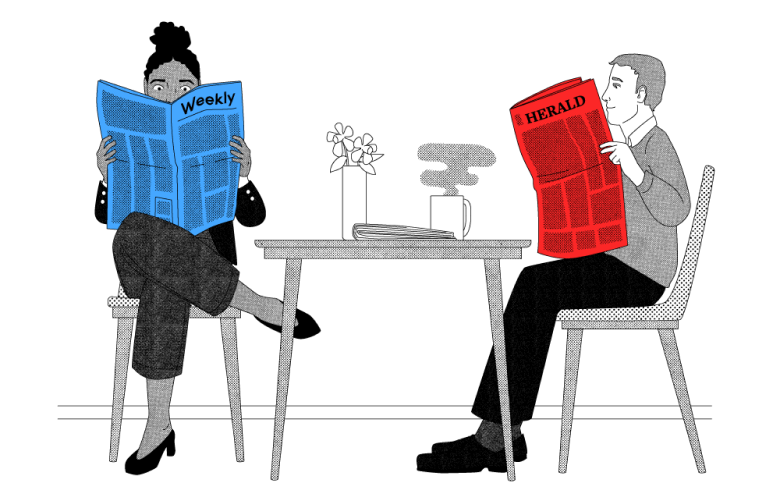 Every news publication has an agenda and even in the most established newsrooms, the interests of the owners are explicitly or implicitly considered when curating and publishing news. The effect of owner influence is amplified when the same owners, in some cases wealthy private individuals, own several news outlets.

When we launched the Blindspotter to show the political bias in news consumed by everyone on Twitter, several people raised the point that there is another important dimension of media ownership.

Concentration of news media ownership often goes unnoticed and the burden is put on readers to vet and understand the complex corporate holding structures. Taking a mental note of the narrative of each piece of content you interact with is difficult and time-consuming, so we created Mediaopoly to help you easily visualize the approximate concentration of ownership in news in your tweets. The tool also allows you to see the news diet of other accounts on Twitter, enabling you to see if your favourite influencer is keeping a balanced news diet, or if they may have a narrow set of corporations and wealthy individuals supplying their news.

Wealthy Private Owner - Individuals with a net worth in the tens of millions or greater who have a significant stake in a media outlet. Everyone in this category built their wealth outside of the media landscape and used it to buy news assets.

Telecom - Primarily connectivity providers that own phone, TV, internet or wireless mobility. Companies in this category have started vertically integrating to buy or create their own media assets, therefore owning both the infrastructure and content that you consume.

Media Conglomerate - A collection of radio, television, print and other news sources owned by the same entity, typically formed through a series of mergers and acquisitions. Our definition includes any entity that owns a large majority of news outlets. Although typically large and national, we have included smaller companies that own a significant number of outlets in a geographical area.

Private Equity - A collection of radio, television, print and other news sources owned by the same entity, typically formed through a series of mergers and acquisitions. Our definition includes any entity that owns a large majority of news outlets. Although typically large and national, we have included smaller companies that own a significant number of outlets in a geographical area.

Independent - Media that is free of influence by government or corporate interests. These outlets are not owned by any of our other classifications. Given the complexity of corporate cross-holdings and shell companies, any ownership stake greater than the publicized 5% cut-off was considered as ‘influence on the news source.’

What the tool does not tell you

The data generated by the tool should not be interpreted as exactly representative of someone’s political beliefs. An individual’s news diet may inform their political beliefs, but it is not the only determinant. Someone who expresses partisan views or a preference for a few news sources may have a balanced Twitter news diet and hold those views for different reasons.

Limitations of the tool

Our tool cannot decipher if an interaction with news content is positive or negative.The results of the tool may be less meaningful for accounts largely run by assistants/staffers.Our tool only records interactions with news sources that have a bias rating, so smaller local publications may not be included as a “news interaction”We source our bias ratings from allsides, mediabiasfactcheck and adfontesmedia. You can read more about the methodology behind our bias ratings here 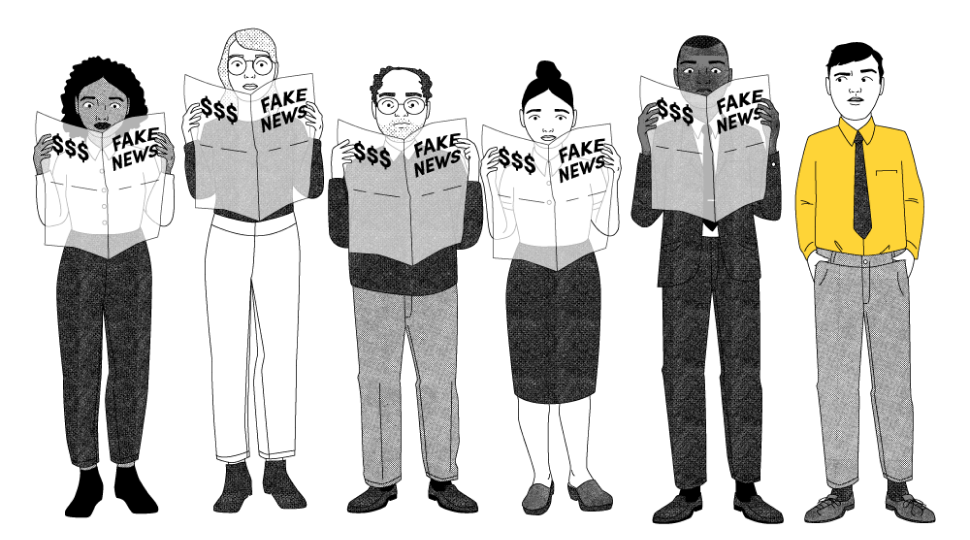 Turns out very little of my news is independent - now what?

Getting most or all of your news from a few sources, and even more from a few corporations, can lead you to have a blindspot on issues and ideas that are against the owner’s interests. To make sure that you are not pigeon-holed and have a broad understanding of all important issues in you town, state, country, and internationally, you need exposure to different news outlets, some of which specialize in specific topics and can provide you a deeper analysis and better context to form your own opinions.

Here are some steps to take to start checking your news ownership and adopt a balanced news diet:

Awareness - Realize you’re in a bubble

Unless you make a concerted effort to keep social media algorithms guessing, you are likely enveloped in a filter bubble. These algorithms will figure out behind-the-scenes what news articles you clicked on in the past, and then send you down a rabbit hole of seeing similar content over and over again. Let's change that.

Analyze - Examine where your news comes from

Take a deeper look at the news sources that you are consuming? Do they all have a similar underlying narrative? Are most of them owned by one mega-corporation?

The Mediaopoly tool can only access interaction data that is publicly available and it can not read the data of private accounts. These interactions include tweets, retweets, replies, and likes.

In order to pull the data, the tool parses through an accounts last 3200 tweets and records interactions with news content that have a bias rating. Our database currently contains 1363 news sources with data on their 982 owners, which includes 101 high-net work private individuals, 74 private equity funds, 10 Telecom companies, 231 Media conglomerates, 123 Governments and more. As of the launch of this tool, we have identified and tagged at least 124 news publications which fall into none of the above buckets and can be called ‘independent’ journalistic news publications. Given the complexity of corporate cross-holdings and shell companies, any ownership stake greater than the publicized 5% cut-off was considered as ‘influence on the news source’ for the purposes of this tool. The system also recognizes that all interactions are not equal, as people are likely more hesitant to tweet/retweet a piece of news than they are to like it. We place the following weights on interactions with news content: tweeted (2), retweeted (1.5), quoted (1.45), replied (1.85).