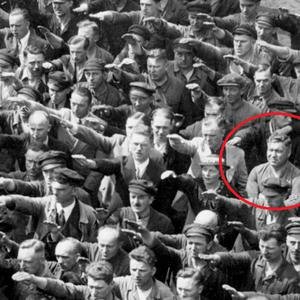 Masked Ye goes on antisemitic tirade on Infowars: ‘I like Hitler’

Biden fires back at Holocaust denialism

59% Center coverage: 40 sources
President Biden on Friday issued an apparent repudiation of Ye, the rapper formerly known as Kanye West, who recently denied the Holocaust and has for weeks been making other antisemitic comments, as well as of “political leaders” who amplify such voices, a reference to former President Trump. See the Story
Europe · Berlin

34% Center coverage: 15 sources
A rare and remarkable self-portrait by the 20th-century German expressionist Max Beckmann has sold in Berlin for €20m (£17m), breaking the record for a work of art sold at auction in Germany. See the Story

Left46%
Center42%
Right12%
Blindspot
Get the weekly Blindspot report sent to your inbox and stay up to date with your bias blindspot.

34% Center coverage: 3 sources
The Republican Party thought their dreams had come true when Kanye West embraced right-wing politics. West essentially dropped an atom bomb on his career in a jaw-dropping appearance on the Alex Jones Show. Now Republicans are in full backpedal mode, perhaps best exemplified by the party deleting a tweet by the Republican-controlled House of Representative Committee.See the Story
Nazi

When Your Favorite Artist Becomes a Nazi

For a nine-year period between 2004 and 2013, Kanye West was a visionary musical force, who amassed a catalog unrivaled by any of his peers. At the peak of his powers, West was one of the most creative, provocative, and influential artists to ever exist. Now, he’s just a Nazi.See the Story
Alex Jones

Kanye West and Nick Fuentas appeared on Alex Jones' Info Wars show on Thursday. West repeatedly praised Adolf Hitler and the Nazi regime. Jones attempted to steer the conversation away from Hitler several times and more so toward other media outlets. Parler, a conservative social media site, has now terminated a deal that they had with the shamed rapper.See the Story
Nazi · Vienna

Nazi aesthetics sold Kanye West on everything else

100% Left coverage: 1 sources
Well before Kanye West publicly praised Hitler (though well after he allegedly did it in private), he was seen out on the town in what looked like a cartoon version of Nazi jackboots. Ye purports to be an aesthete. He launched a fashion line that included insanely expensive plain white T-shirts and shoes that look like something out of a David Cronenberg film. On an episode of My Next Guest Needs No Introduction with David Letterman, we got a lo…See the Story
Nazi

How to Avoid Having Dinner with a Nazi

100% Center coverage: 1 sources
Benjaman Wittes: “I want to stress that this checklist will not protect you against all dinners with Nazis. Even the great Swedish diplomat Raoul Wallenberg, who saved tens of thousands of Jews in Budapest during the war, found himself having dinner with Adolph Eichmann one evening, after all.” “But the checklist will save you from most common accidental Nazi dining experiences.”See the Story

How is the media covering Nazi?